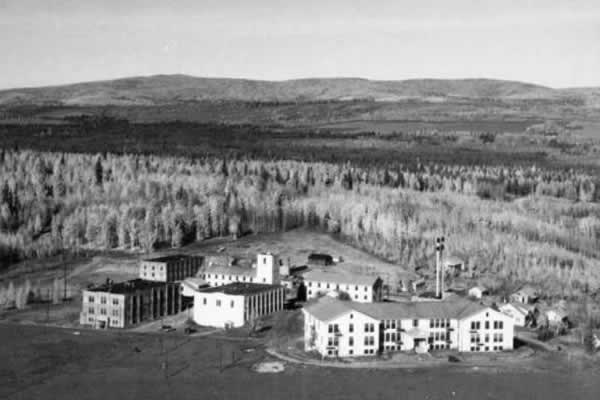 One of the most remarkable displays of community support for the University of Alaska occurred just after World War II, when Alaska’s business leaders opened their pocketbooks to keep the institution open. It probably wasn’t legal, but it kept UA going.

The 1947 Legislature appropriated about $10 million for territorial operations in the fiscal 1948-1949 biennium; however, taxes were expected to raise only $6.25 million. So the territory’s administrative board froze expenditures to the university, among other agencies.

By November 1947, the university’s checking account was down to $1,000. “Lack of Funds May Force University to Close Doors Before School Year Ends” said the top headline in the Dec. 1, 1947, edition of the Farthest North Collegian.

President Charles Bunnell advanced the university $20,000 for the December payroll and used some accounting maneuvers to keep the doors open during the spring semester.

Meanwhile, UA Regent Austin “Cap” Lathrop, who owned the main coal mine in Healy, led an effort to solicit interest-free loans from the business community and offered $25,000 himself.

During the following year, pledges totaled $200,000. Bunnell put up the final $5,000. Gov. Ernest Gruening promised to repay the loans, which the territory’s treasurer had said weren’t proper.

The Legislature adopted income and property taxes in 1949, relieving the territory’s budget shortfall and providing a large budget increase for the university.