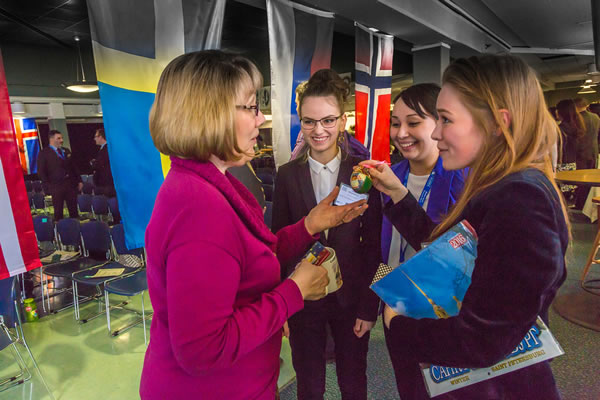 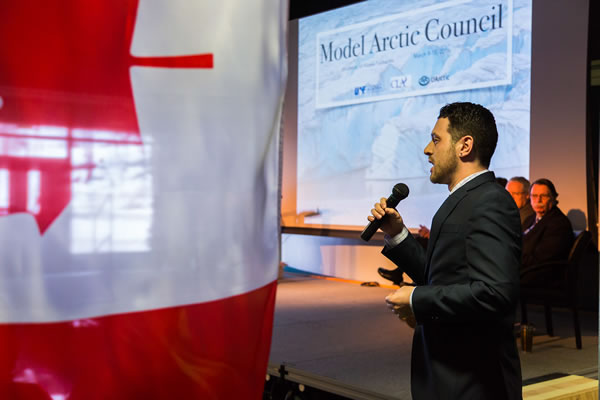 The question is a hard one: How do you inspire and train students so they're prepared to lead in the circumpolar North?

Two UAF professors answered the question by creating a student-led duplicate of the Arctic Council, the Arctic region's primary intergovernmental forum. At the Model Arctic Council, students from across the world address the Arctic's environmental and social issues.

Mary Ehrlander, director of Arctic and Northern studies, and Brandon Boylan, a political science professor, organized the first model council in conjunction with Arctic Science Summit Week, which UAF hosted in 2016. The U.S. wanted the summit, which is the world's largest annual meeting on Arctic science, to increase Americans' knowledge of the Arctic.

"We thought a Model Arctic Council was a terrific means of doing this, so we developed the program," Ehrlander said. "We thought UAF was the perfect place to host such a program, our being America's Arctic university."

Sixty-five graduate and undergraduate students representing 14 birth countries and 32 universities participated. To prepare for the program, the students studied for their roles as delegates from the eight Arctic member states and six Indigenous peoples' organizations. Others acted as official observers of the council.

"The Model Arctic Council was a highlight of my time as a graduate student at UAF," said Anne Rittgers, one of the participants. "We weren't just seeing or reading about how the Arctic Council works, we were understanding it on a much deeper level by participating in a very hands-on way."

The professors developed the Model Arctic Council through UArctic, a cooperative network of universities and other institutions concerned with education and research on the North. The model council is designed to rotate through the Arctic in tandem with the chair of the Arctic Council.