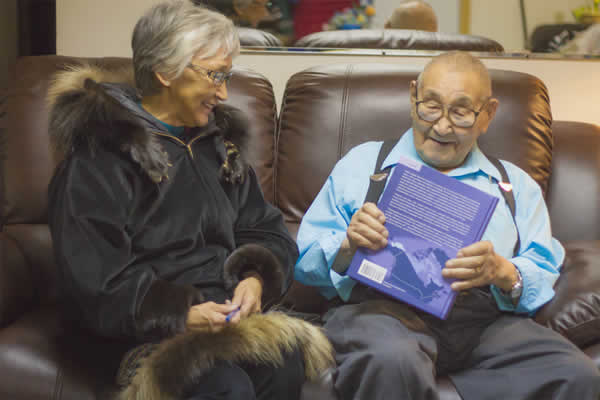 Wesley Aiken holds the Iñupiaq to English Dictionary while talking with Edna MacLean in Utqiagvik in November. MacLean consulted with Aiken to verify words in the dictionary. Ella Quimby photo 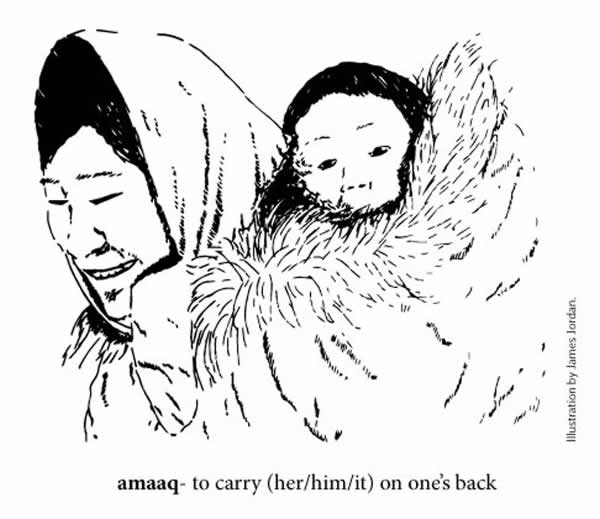 Edna MacLean, an Inupiaq speaker originally from Utqiagvik, began work in the 1970s on the Iñupiatun Uqaluit Taniktun Sivuniŋit/Iñupiaq to English Dictionary at the request of her students. Some 40 years later, it was completed and published by the University of Alaska Press in 2014. With more than 19,000 individual entries, it’s also a detailed description of how the Inupiaq language works and how it’s used.

MacLean, now a professor emeritus, and others with UAF’s Alaska Native Language Center spent decades talking to Iñupiaq speakers, collecting words and refining their understanding of the language’s complex systems.

“I became fascinated with the structure of the language and spent hours and hours, maybe sometimes until 4 o’clock in the morning, doing research at home before I would teach the next day,” MacLean said of her early days as an instructor at the University of Alaska Fairbanks. At a blackboard, she and her students, many of whom also were native speakers, would work out the forms of Iñupiaq words and grammar.

The Iñupiaq dictionary joins several others created by linguists at the center. Director Larry Kaplan says colleagues tell him the center has a top-tier reputation for such work. “We do some of the best Native American dictionary work in the country,” he said.