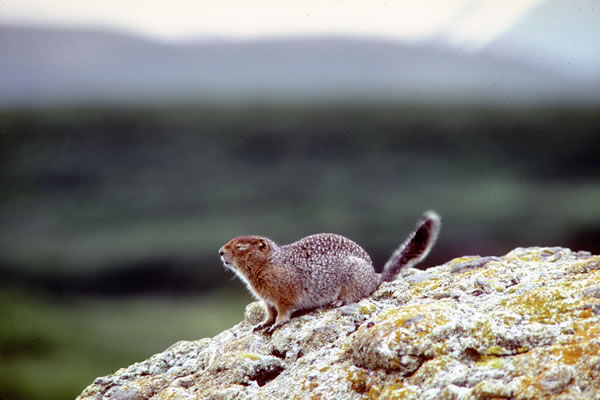 Ground squirrels are super cool: In the late 1980s, Brian Barnes at the University of Alaska Fairbanks’ Institute of Arctic Biology discovered that Arctic ground squirrels don’t just hibernate — while shutting down almost all their metabolic activity, they allow their body fluids to supercool below their freezing point.

By implanting transmitters into squirrels’ abdomens and letting them hibernate outdoors, Barnes found that their core body temperatures fall several degrees below freezing during torpor without harm. Squirrels do warm up every few weeks during the winter and sleep. If they don’t warm up regularly, they die.

The subfreezing state of Arctic ground squirrels represents more than just a scientific curiosity. They’re the only warm-blooded animal known to endure subfreezing body temperatures, and while in hibernation their organs, including the heart and brain, are protected from low oxygen levels and changing blood flow rates.

Scientists at UAF and elsewhere continue to study the implications these discoveries have for humans to improve organ-transplant techniques and boost survival rates for stroke and heart attack patients. Barnes and collaborators have extended their studies to human-sized hibernators, Alaska black bears, as a model toward protecting astronauts during deep-space travel.