Using wildfire as a research tool 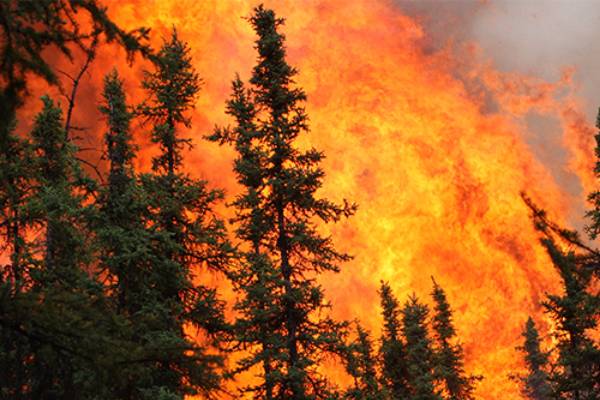 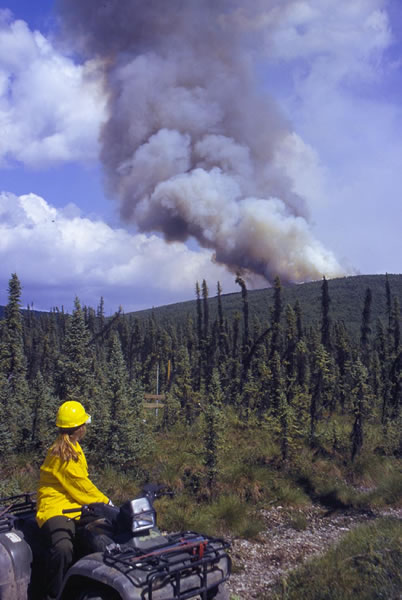 A modest tract of boreal forest near Fairbanks became one of the most closely watched wilderness areas in the world in 1999, thanks to a novel plan by University of Alaska Fairbanks researchers working with federal firefighters and land managers.

They decided to burn it down.

Their carefully controlled experimental blaze, known as Frostfire, occurred in a 2,200-acre section of UAF’s Caribou-Poker Creeks Research Watershed. Although fires had been extensively studied in more temperate regions, relatively little work had been done to understand their effects on permafrost-laden boreal forests.

Scientists were eager to change that. The effect of fire in such areas, where about a third of the world's terrestrial carbon is stored, is important because of their potential to influence global climate-change models.

It took more than five years to plan the three-day burn, a joint project between UAF, the U.S. Bureau of Land Management Alaska Fire Service and the U.S. Forest Service. Comprehensive surveys were done of the environment before the fire, including its ecology, hydrology and fuels. That information was compared with data collected afterward to better understand the fire and its effect on the ecosystem.

The Forest Service called Frostfire "easily the most documented fire in history," drawing 54 research teams from the United States, Canada and Japan. Their work included everything from examinations of changing wildlife habitat to the global-scale implications of warming permafrost.

The site is still being studied two decades later, providing a living laboratory for wildfire science.