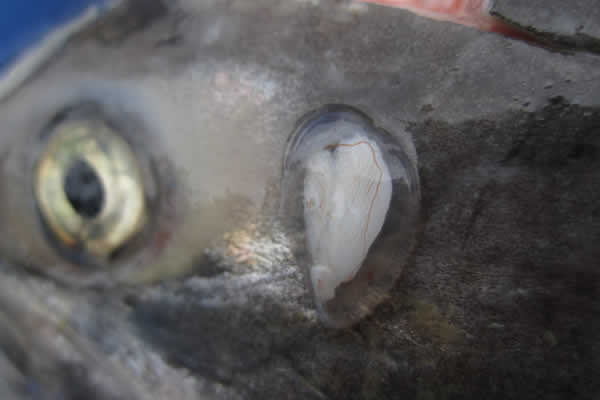 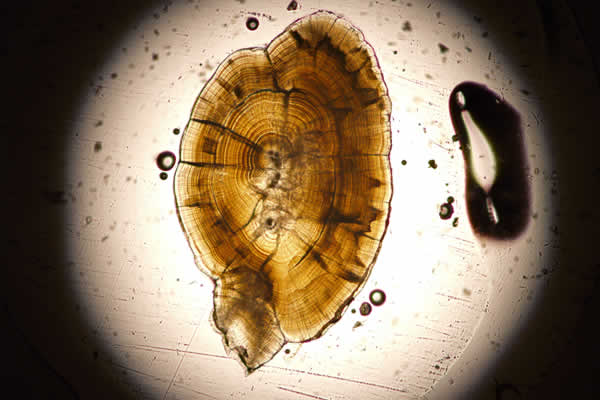 Chinook salmon grow to adults in the ocean, but return to spawn in the streams where they hatched. But in 2014, University of Alaska Fairbanks doctoral student Sean Brennan helped develop a way to match individual salmon to their home streams long before they returned.

Brennan analyzed markers that were created in salmon bones by the chemistry of the waters in which the fish hatch and grow. He looked at the ratio of two isotopes of strontium, a natural chemical element in the Earth. Differences in rocks create variations in the strontium isotopes picked up by water that flows across the rocks. The unique strontium ratio of a stream is captured in the auditory structures, called otoliths, of young salmon.

Otoliths grow in rings, similar to trees where the center rings represent the fish’s younger life. By matching the isotope ratios in the inner rings with ratios in rivers and streams, Brennan was able to pinpoint the region and sometimes the tributary where each salmon was born.

His research at UAF’s College of Fisheries and Ocean Sciences provided an important tool that could eventually be used to find all salmon hatching and rearing locations.