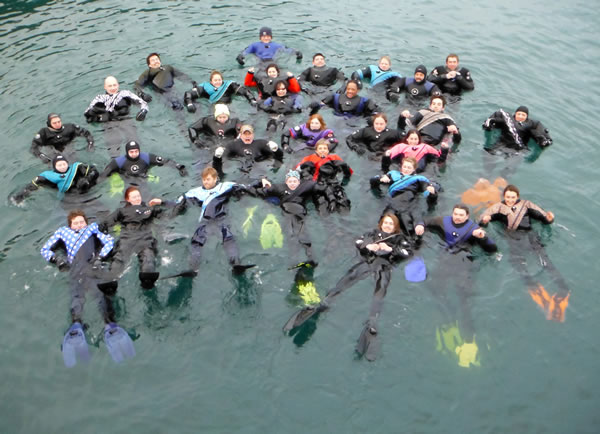 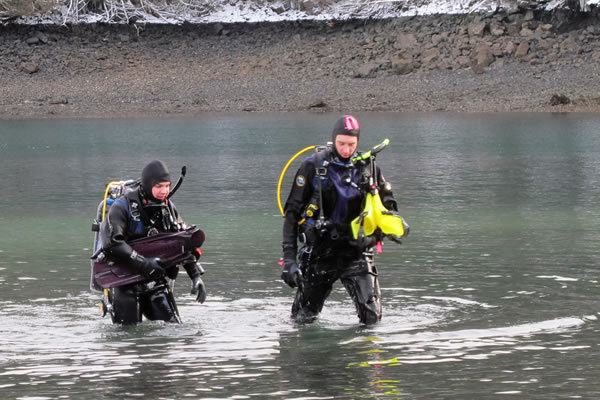 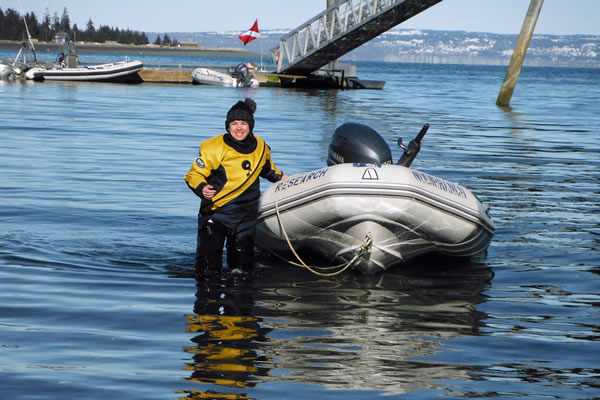 The UA Scientific Diving program was started in 1988 to address a growing need for scientific divers for industry and academic research around the state. But at first, the small program was limited to professional training, and unable to offer student programs as well.

Since then, the program has expanded its cold-water training opportunities, and now offers multiple courses that involve scientific diving and various subtidal research projects. Many of these courses are taught out of the Kasitsna Bay Laboratory near Seldovia, which is owned by the National Oceanic and Atmospheric Administration and operated by UAF.

Students trained by the UA scientific diving program have become a major force in the Alaska-wide scientific diving industry, with projects in Southeast Alaska, the Aleutian Islands, Cook Inlet, the Gulf of Alaska, and the Beaufort and Chukchi seas.