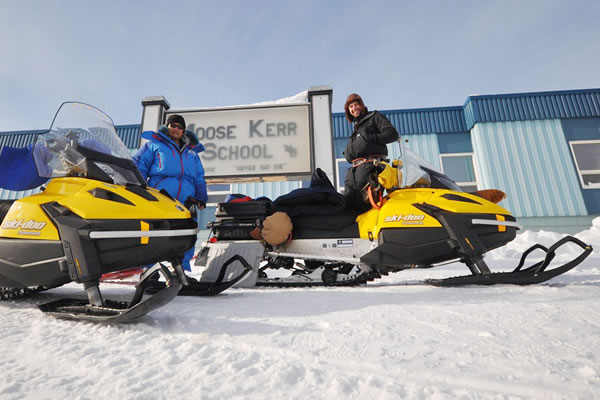 Kenji Yoshikawa has literally gone great lengths in his quest to better understand permafrost throughout the North.

Yoshikawa, a research professor at UAF's Institute of Northern Engineering, has spent more than a decade visiting remote locations in Alaska, Canada, Siberia and beyond. Often traveling by snowmachine — sometimes driving hundreds of miles between sites — he'd drill a borehole in the permafrost at each spot and record the temperature of the frozen ground.

Yoshikawa's continuing effort combines research, education and recruitment. He's deputized numerous teachers and schoolchildren at village schools along the way, creating a network in which those schools occasionally record permafrost temperatures and report them back to UAF. The students not only provide valuable data but also learn about the ground-level work that is part of a science career.

The ongoing project, which began in Fairbanks in 2005, now includes more than 500 far-flung test sites. Many of them were added during an epic snowmachine trek from Alaska's Bering Sea to Baffin Island, on Canada's Atlantic coast, in 2013.

Site by site, the boreholes provide ongoing temperature measurements of permafrost beneath villages. As the Arctic gradually warms, those efforts could provide insight into how climate change is affecting various communities throughout the North.