Uncovering evidence of a land bridge 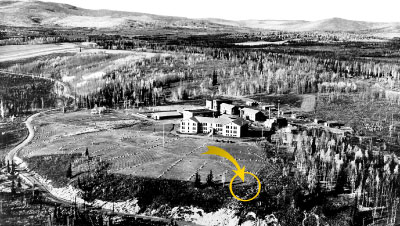 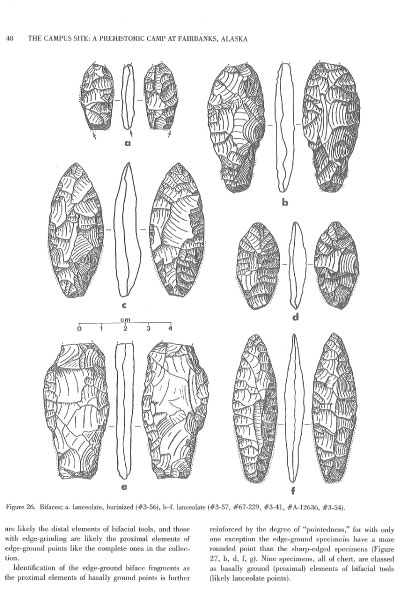 Student James Jacobsen made a discovery on the edge of the Fairbanks campus in 1933 that changed our view of the world. After finding stone artifacts when he dug a post hole at the crest of the bluff on the southeast end of campus, Jacobsen told Charles Bunnell, president of the Alaska Agricultural College and School of Mines.

The next summer, Bunnell encouraged visiting students Jack Dorsh and Albert Dickey to keep digging. The pair had been collecting mammoth bones washed out of the mud by local mining operations.

At what came to be known as the Campus Site, Dorsh and Dickey found numerous arrowheads and other worked stones. They sent them to the American Museum of Natural History in New York City, where Nels Nelson noticed that many were "identical in several respects with thousands of specimens found in the Gobi Desert."

The close resemblance supported the idea that humans came to North America from Asia.

"The Bering land bridge hypothesis for human colonization of the New World was now supported by fact," wrote Alaska archaeologist Charles Mobley in his 1991 book, "The Campus Site."

In 1936, University of Alaska anthropology Professor Froelich Rainey uncovered another 500 artifacts. Additional digs through the 1990s unearthed a total of more than 9,000 stone tools, charcoal pieces and bones.