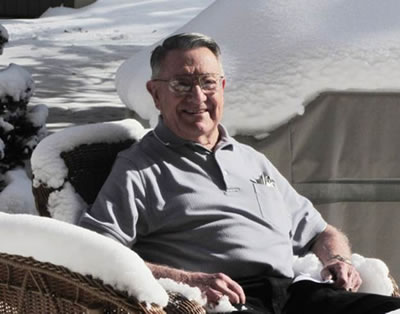 Geophysical Institute Director Juan Roederer had a good view of U.S. Arctic research policy in the early 1980s, and he didn't like what he saw.

Critically important Arctic research had been scattered, leading not only to gaps in knowledge but also duplication. The situation provoked Roederer to become a key player in Congress' passage of the 1984 Arctic Research Policy Act, which created a forum to help set the nation’s agenda for future work.

On Jan. 11, 1983, Roederer published a piece in the science journal EOS, laying out his argument for establishing a national Arctic research policy.

"Up to now, the responsibility for planning, implementing, and funding Arctic research has been divided between several federal agencies, the state of Alaska, and private groups whose mandates or objectives are often unconnected," Roederer wrote. "The result of this pluralistic approach to U.S. science in the Arctic is that basic research has been conducted in piecemeal fashion."

Roederer's advocacy and direct involvement led to the signing of the bill, which established the Arctic Research Commission, mandated a five-year Arctic research plan for the nation, and called for international collaboration and cooperation in research. Roederer became the vice chair and later chair of the ARC. The Arctic Research Commission continues to advise the U.S. government on research priorities today.