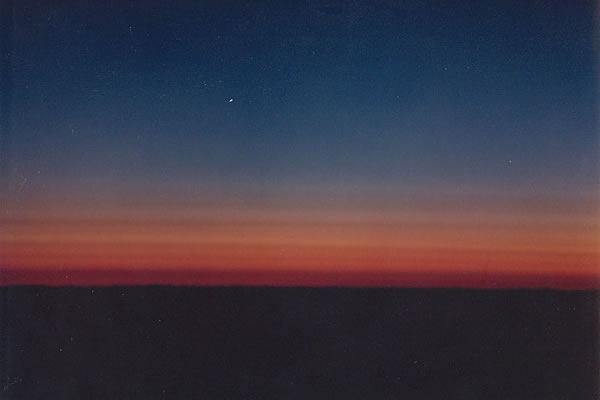 This photo of haze was taken by a pilot on the Scandinavian Airline Japan-Tokyo Flight over the North Pole. 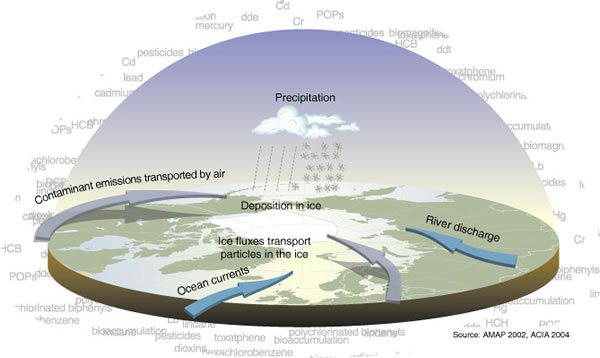 This graphic shows the global pollution pathways that create a "haze" over the Arctic. Credit AMAP 2002, ACIA 2004

When a colleague invited Glenn Shaw to explore scientific possibilities in Barrow, Alaska, the UAF physicist had little inkling that the trip would result in a new discovery related to the global climate system.

Shaw traveled to Barrow, which has since been renamed Utqiagvik, in 1975. He expected to find a deep blue sky and pristine air — like many other scientists, he assumed the Arctic's winter and early spring air would be clean. Yet a homemade instrument measuring the brightness of the sun and a sampling of microscopic particles from the atmosphere told a different story.

Shaw was surprised that the air seemed hazy and that the particles causing it were extremely tiny. The usual suspects — blowing snow, ice crystals or even dust kicked up by the winds — couldn't produce particles this tiny. Shaw wondered about the extent of thehaze. A trip in a Cessna aircraft up to 12,000 feet revealed the haze was slightly layered and present throughout the atmosphere.

This observation led Shaw to collaborate with Kenneth Rahn from the University of Rhode Island to investigate what was causing the Arctic haze. By tracing an industrial chemical, they discovered that the extremely tiny particles were most likely coming from halfway around the world – central Eurasia. The discovery, which made international headlines, was remarkable because many scientists had believed that industrial air pollution stayed near its source and didn't travel across the globe.

This research was the first of its kind into Arctic haze. People had observed and noted the haze before, but it wasn't widely known to the scientific community in the 1970s.

Shaw said the implications of this discovery are clear, even if the subject is hazy. "The haze indicates just how small our little planet actually is and how susceptible the climate is to man's influence," he said.