Creating the first map of Antarctica 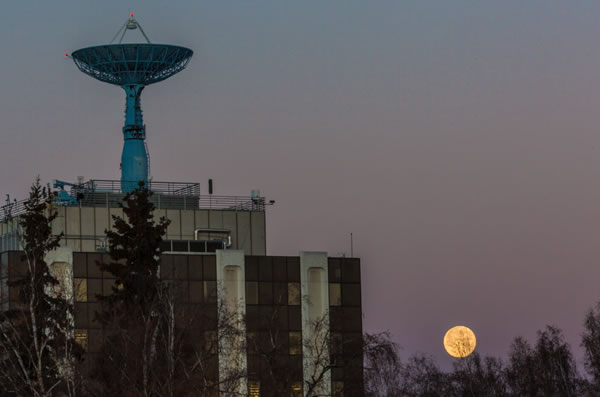 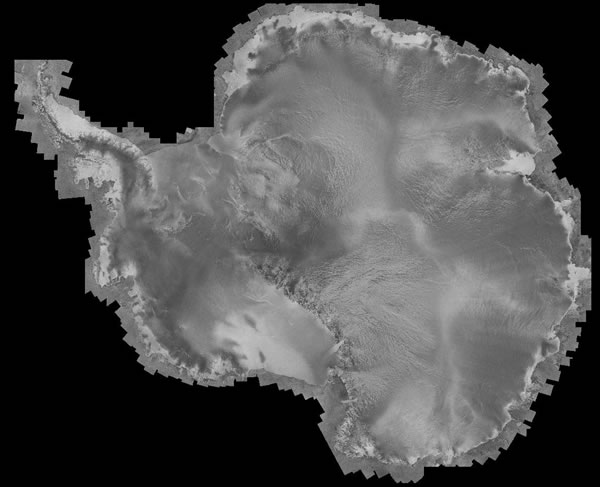 The iconic blue antenna atop the Elvey Building may point toward Arctic skies, but one of its greatest contributions is grounded in Antarctic science.

University of Alaska Fairbanks scientists used the antenna, along with one of the two others on campus, in a 1997 mission to create the first complete, detailed radar map of Antarctica. It also marked the first time that a satellite surveyed the entire Antarctic continent using radar to provide a two- and three-dimensional view.

Sponsored by NASA, the Jet Propulsion Lab and UAF's Geophysical Institute created what is now known as the Alaska Satellite Facility. The GI operates the antennas on behalf of NASA and was an integral part of the radar mapping of Antarctica.

Nettie LaBelle-Hamer, who was the mission’s coordinator, said scientists worked around the clock for 18 days. Every 90 minutes, the satellite would image a different section of Antarctica and then orbit over the Arctic where the antennas could receive the data.

“We had to downlink, process and analyze the data to make sure it covered the area that it should be covering, ”she said. “If it missed an area, we had to tell our partners gathered in Canada that the satellite had to image Antarctica differently the very next orbit.”

Partners included the owners of the satellite, the Canadian Space Agency, which controlled and flipped the satellite 180 degrees to survey a blind spot surrounding the South Pole.

The resulting images numbered more than 5,000. Together, they create a mosaic of Antarctica that has led to significant discoveries and is still helping scientists monitor and understand environmental change.