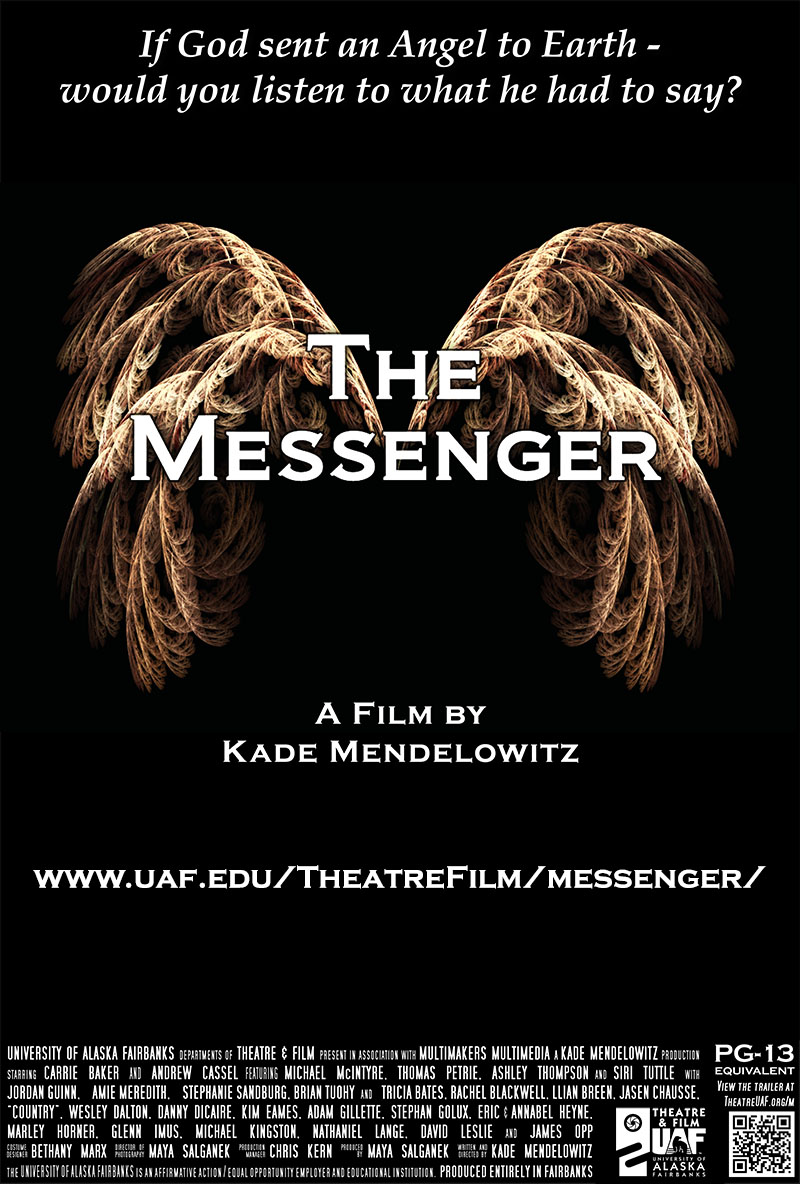 Designer, playwright, and director Kade Mendelowitz created this multi-faceted production to match the distinctive nature of the programs at UAF. “I have been percolating this idea of combining a show that could be both a live theatre production and movie for a few years now, as we have been developing the Film program. Now that the Film Degree at UAF is official, I felt this was the perfect time to produce this piece.”

In 1999 he adapted and directed a production of “Alice in Wonderland” in which the audience actually followed an Alice and White Rabbit through Wonderland. “It was truly wonderful! We had 10 scenes located throughout the Salisbury Theatre complex. The audience had tickets that broke them into groups of 12 spaced 10 minutes apart. Each of 4 Alice’s and 4 Rabbits took each audience group on a 40 minute adventure, each going 3 times. This meant the other characters they visited and interacted with (like the Mad Hatter, Mouse, Queen and Caterpillar) each performed their scene 12 times each night. It was a blast, and the audience loved it! Some parents bought their kids numerous times to see different Alices…but the show sold out quickly…it was a great experience” says Mendelowitz.