Current plan: Shooting a film by Kavelina Torres in the Fall as the Salisbury Theatre undergoes important code correction work. 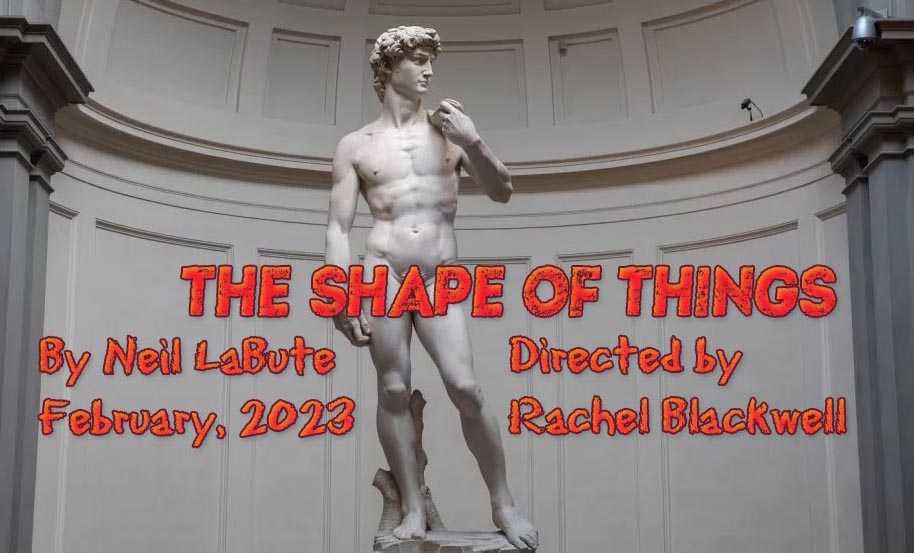 The Shape of Things

by Neil LaBute, Directed by Rachel Blackwell
February 24 - March 5, 2023 - Auditions November 19, 2022.
Tickets will be available in February.
How far would you go for love? For art? What would you be willing to change? What price might you pay? Such are the painful questions explored by Neil LaBute in THE SHAPE OF THINGS. A young student drifts into an ever-changing relationship with an art major while his best friends' engagement crumbles, so unleashing a drama that peels back the skin of two modern-day relationships. - From the publisher.
Press Quotes for "The Shape of Things"

“Any shrewd chap who finds his artist girlfriend has a video-camera in the bedroom to film the cut and thrust of their sexual action might well fear he was destined to end up as her artistic fodder. But in THE SHAPE OF THINGS, Neil LaBute’s absolutely chilling report from the sex war’s frontline, where stratagems for sexual humiliations are planned, Adam, the shy chap concerned, takes the video-camera, so to speak, lying down. LaBute, the remarkable American movie director and playwright whose film In the Company of Men showed a sexually unappealing woman exploited by two vengeful pretend lovers, now returns to this theme. This time it’s a man who’s the victim of female guile … LaBute meticulously plans that the shocking, climatic revelations should cast dark light upon his apparently average people.” —Nicholas de Jongh, The Standard

“[LaBute] continues to probe the fascinating dark side of individualism, whose ultimate evil is an inability to imagine the suffering of others … LaBute’s great gift is to live in and to chronicle that murky area of not knowing, which mankind spends much of its waking life denying. Where does truth end and fiction begin? Is the fiction more valuable than the truth? Do the results justify the means?” —John Lahr, The New Yorker

“What is art? What are you permitted to do in its name? … These questions are thrown up by a piece whose intricate layers of treachery are worthy of David Mamet …” —Paul Taylor, The Independent

“LaBute is a smart, ambitious writer who, at his best, dares to explore the ambivalence hiding under the weave of our social fabric. He always has a serious intellectual project in mind, and here he aims at no less than the subjectivity of love and the definition of art itself. THE SHAPE OF THINGS is compulsively watchable.” —Gordon Cox, Newsday

“LaBute is the most gifted, intelligent and wittily moral American playwright since Wallace Shawn; that is high praise, believe me. And this play marks his theatrical maturity. It’s a must see.” —Michael Coveney, Daily Mail 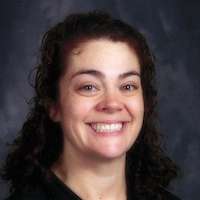 About the Director Rachel Blackwell

Rachel Blackwell has been participating in local theatre in Fairbanks for the last 19 years. She has enjoyed working on numerous shows over the years and has experience in writing, teaching, directing, and acting. Rachel is a proud University of Alaska graduate with degrees in Theatre, Business, and Education. She also spent two years studying acting at New School University in New York.

Rachel served as President on the Fairbanks Light Opera Theatre board of directors and is the current board President for the newly formed non-profit, Uncorked Public Theater. Shehas been running her own company, Naked Stage Productions, since 2009, and has recently opened The Basement, a performance and event venue in downtown Fairbanks. The Basement is available for party rentals, hosts First Friday events, burlesque shows, small plays, and comedians.

Bringing Neil LaBute’s The Shape of Things to life on stage is a longtime dream for Rachel. The play encourages us to reconsider the nature of our relationships and the influences that other people have over us. The story unfolds with twists and turns right up to the end. This play will have you thinking about what art is and how we see art in our world. Rachel is overjoyed for the opportunity to share this story with UAF audiences. 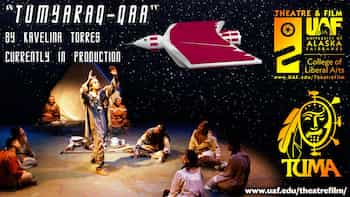 Written and directed by Kavelina Torres.

Despite being pressed into service to run the spaceship Tumyaraq-qaa in a last ditch effort to save their people, who're in stasis pods in the hold, an Inuit crew does their best to search for a new home but the universe isn't as friendly as they thought.

More information, and further auditions will be available soon. 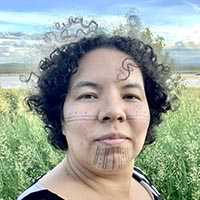 About the Writer / Director Kavelina Torres

Kavelina received their MFA in Creative Writing from The University of British Columbia where they studied scripts and scripting in addition to prose and graphic novels. They graduated with their undergrad in Indigenous Filmmaking (an interdisciplinary degree) from UAF. They have credits in theatre, prose and monologue anthologies, and film. Kavelina has been a part of productions on Growing Native, Boat Buyers, Christmas Crazier, Big Miracle, Messenger, Bodies of Water, Feels Good, Alaska Daily Weather, KTVF news, KXDF news, Molly of Denali plus her own films, Yugumalleq and The Wild Witch.
Kavelina's theatre production credits include Something in the Living Room, Machinations, Little Bits, and Bob and Bones. Prose credits include Technician Qamaq North in CAROUSEL magazine where Tor.com called it a must-read in January 2022. and Kegg' and Qiuq at medium.com plus Monologues from The Last Frontier Theatre Conference. Their film Yugumalleq was played across the US on PBS and FNX. Kavelina is a 2014 Sundance Indigenous Film Program Alum.
Kavelina teaches Indigenous World in Film, film set production, previz, and dramatic writing.
ⓒ UA