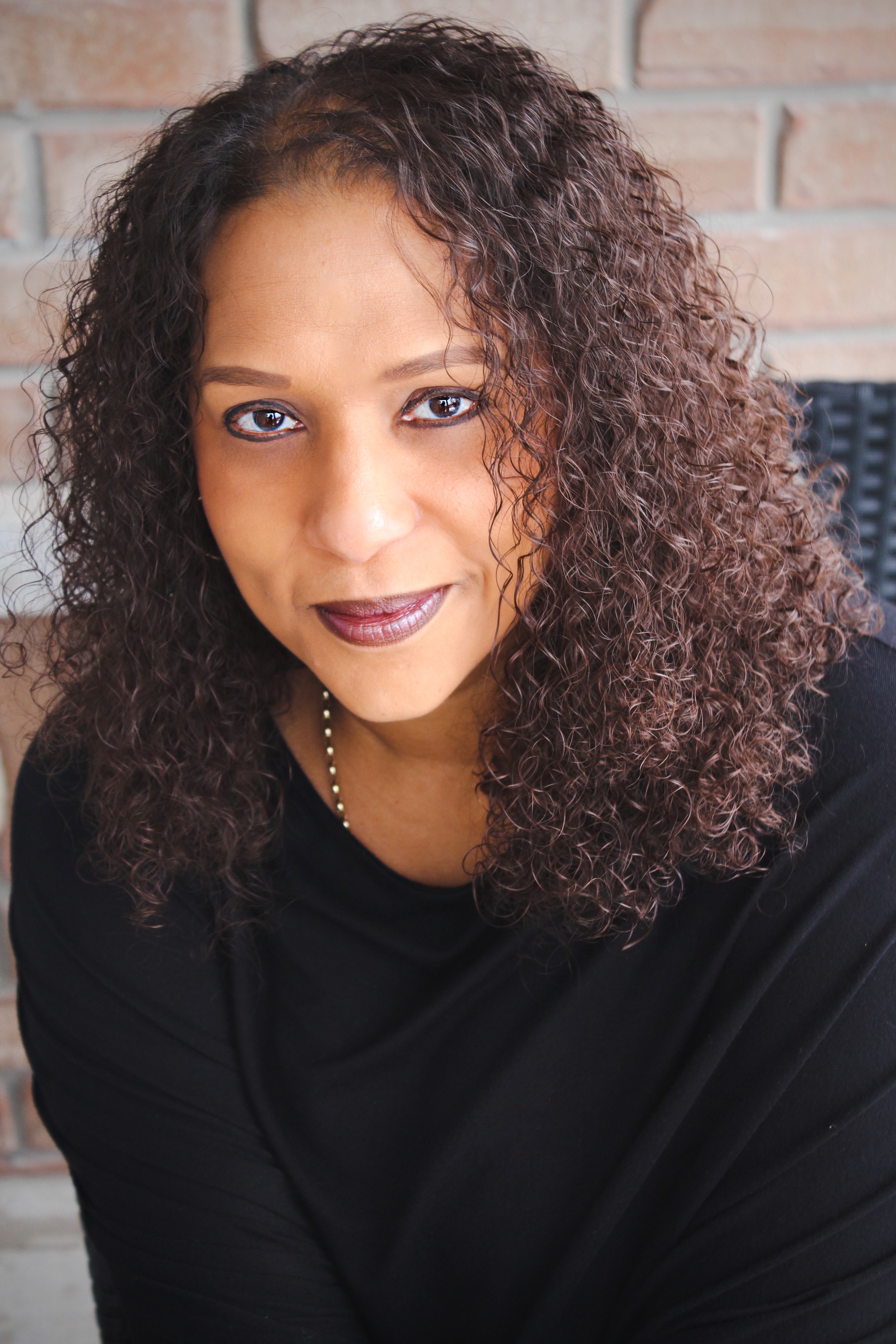 Professor of Voice, Director of Choir of the North

Lyric-soprano, Jaunelle Roberta Celaire enjoys a musical career as a teacher, soloist, conductor and performer. Born in Toronto, Ontario, Canada, Celaire is internationally known; performing music that ranges from cabaret to music theatre and from solo recitals to opera. She has made solo appearances with several orchestras across the nation including, the Maumee Symphony Orchestra and the Lima Symphony Orchestra. Other appearances include the University of Michigan Symphony Band, as Musetta, in La Bohême, and the University of Michigan Symphony, premiering the role of the Old Woman, in a One Act Blues Opera, De Organizer by James P. Johnson, performed at Orchestra Hall in Detroit, Michigan. Celaire made her debut with the Fairbanks Symphony Orchestra in Fairbanks, Alaska, in April 2004, singing the soprano role in Orff’s Carmina Burana, and sang Micaela in Bizet’s opera, Carmen in April 2005. A few of her roles include, Laurie in Hammerstein's Oklahoma; Susanna in Mozart’s Le nozze di Figaro, Pamina in Die Zauberflöte; Dido in Purcell's Dido & Aeneas; Mrs. Hayes in Floyd's Susannah; Anna Gomez in Menotti's The Consul; and as the Bystrousky in Jánacek's Pøíhody Lisky Bystrousky, performed in Czech.

Dr. Celaire can be heard on the recording of the Second Anthology of Art Songs by Black American Composers compiled and edited by Willis C. Patterson. Although Celaire maintains an active schedule, performing, teaching and conducting, she remains dedicated to her voice studio. Her students have been successful at institutions, such as, the Royal Northern College of Music in Manchester, England and several major opera apprenticeship programs across the country. Through constant participation in the NATS Chapter in Alaska, her studio claims the winners of the annual NATS Competition in Anchorage, Alaska.

Dr. Celaire joined the University of Alaska Fairbanks voice faculty in 2003. Dr. Celaire has been a guest soprano artist at several festivals, including the Fairbanks Summer Arts Festival, the Rio International Cello Encounter in Rio de Janeiro, Brazil and several festivals in Europe, including, the Vianden International Chamber Festival in Luxembourg and the Innibos Music Festival in Nelspruit, South Africa. She is a member of the National Association of Teachers of Singing. Currently she is the Artistic Director for the Fairbanks Summer Arts Festival’s Opera Program and the UAF Summer Music Academy. Her most recent accomplishment was being awarded UAF’s most prestigious 2020 Usibelli Distinguished Service Award! Celaire holds her degrees from Anderson University, Bowling Green State University and the University of Michigan. Her teachers include Greta Domenic, Myra Merritt and George Shirley. 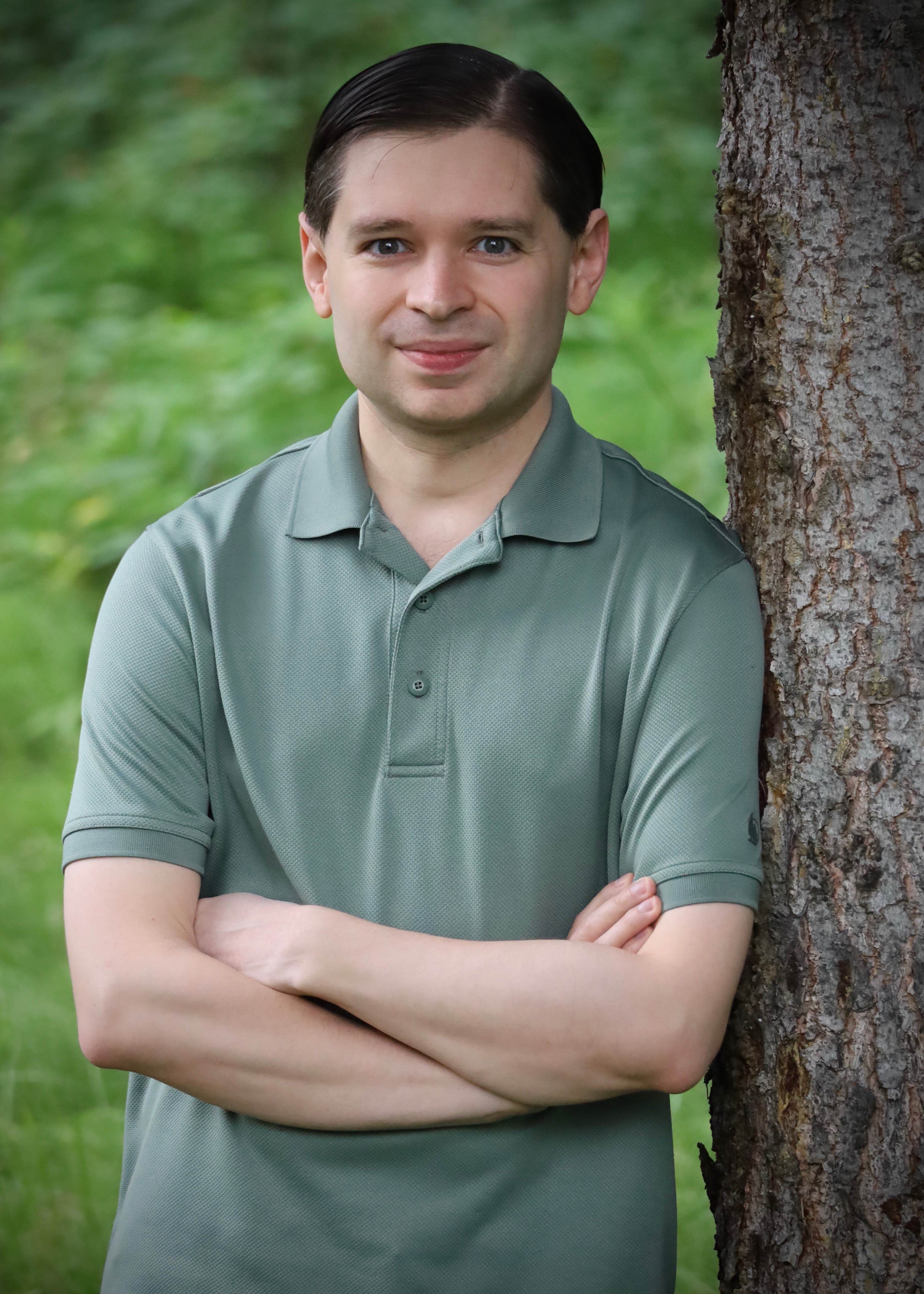 Dr. Daniel Strawser is an active cellist throughout the United States who has taught at all levels of music education. Originally from Columbus, Ohio, Dr. Strawser studied music education at Denison University and holds masters and doctoral degrees in cello performance from the University of Memphis, where he studied with Brazilian cellist Leo Altino.

Active in symphonic, chamber, and solo performance, Dr. Strawser has performed throughout the Mid-South region and beyond. The incoming principal cellist of the Fairbanks Symphony Orchestra, he previously served as principle cellist of the Delta Symphony Orchestra while also performing with the Starkville Symphony, The Jackson Symphony Orchestra, and the Memphis-based Eroica Ensemble. Additionally, he has performed with orchestras in Ohio, Arizona, Indiana, Michigan, Washington, and Italy. Dr. Strawser has also been active in regional chamber music, performing with the Arkansas State Piano Quartet and pursuing duet performances with colleagues. Dr. Strawser has performed solo recitals on a variety of repertory in Tennessee, Arkansas, and Ohio. The little-known Austrian composer Hans Gál is a particular favorite of his, and Gál's cello music was the subject of Dr. Strawser's doctoral dissertation.

Working in disadvantaged urban schools, Dr. Strawser taught in the public school system in Memphis, Tennessee for nine years. Dr. Strawser organized and maintained active orchestra programs throughout the city of Memphis in some of the most impoverished and crime-ridden neighborhoods in the United States. This time in public education gave Dr. Strawser a great passion for helping the disadvantaged have access to the classical music experience and access to excellent training in the field.

Dr. Strawser has served on the faculties of Arkansas State University and Union University as an instructor of cello, where he helped to develop each school's respective cello program by teaching their very first performance majors on the instrument.

As the incoming instructor of cello and music education at the University of Alaska Fairbanks, Dr. Strawser is looking forward to bringing enthusiasm and rigor to his students as he explores new horizons in music and mentorship. 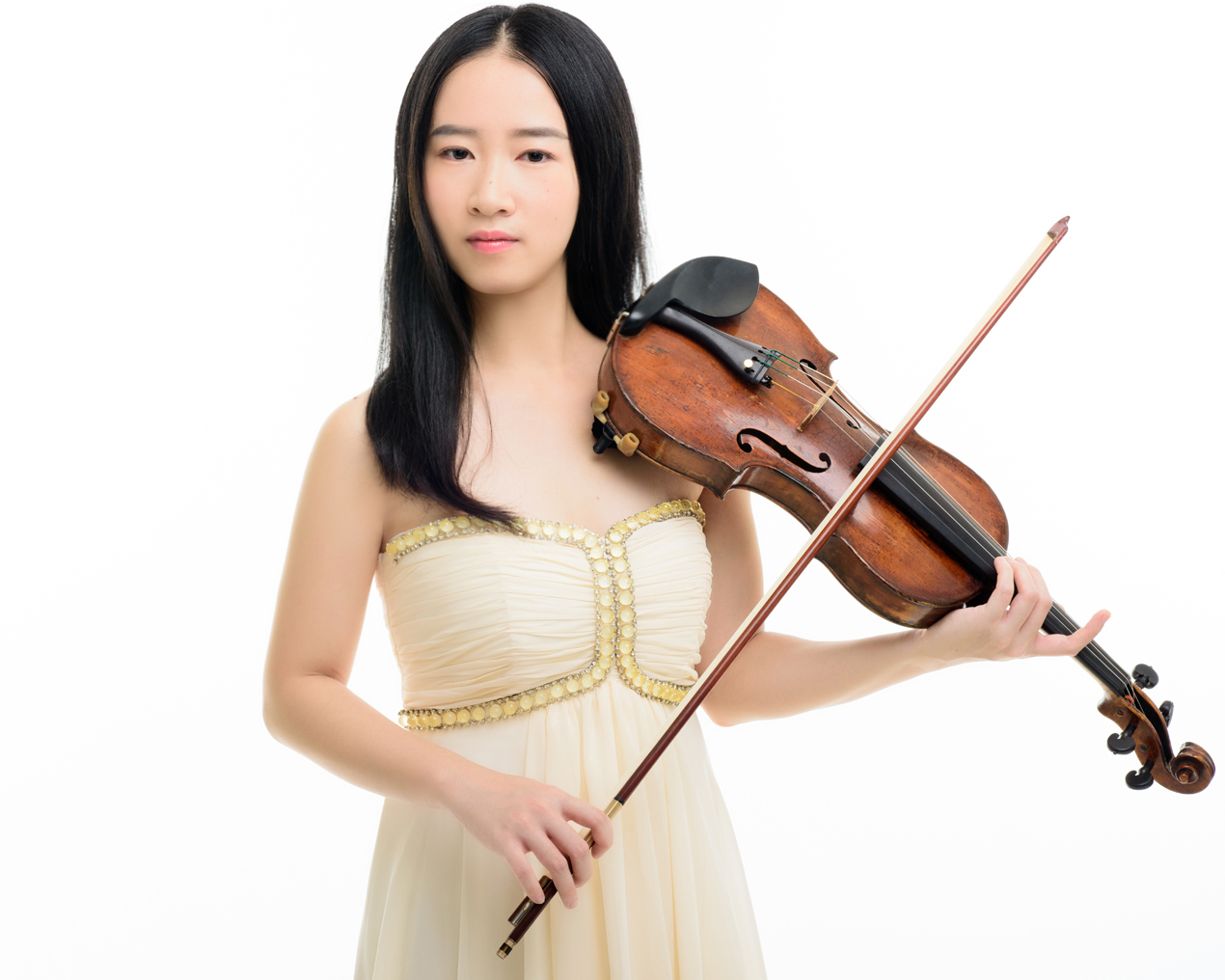 Chinese violinist Yue Sun has been applauded for her “stringent artistic attitude and creative technical innovation” by New York Lounge of SinoVision. She was also hailed by Jiangnan City Daily for playing “fabulously and splendidly,” and by the Nanchang Daily for her ability to “fuse her passionate performance with unparalleled musical charm.” Modern Women in China called her “the most shining rising star.”

As a soloist, Ms. Sun has performed recitals throughout America, Europe, and Asia at prestigious venues such as Shanghai Concert Hall and the Sanders Theater at Harvard. She has also been invited to attend and perform as a part of numerous music festivals, including Hotchkiss Chamber Music Festival, Music Festival of Banff Centre, Schleswig Holstein Music Festival, Kneisel Hall Chamber Music, and others. As an active
orchestral violinist, Ms. Sun was selected as the concertmaster and associate concertmaster for numerous orchestras such as the Latin GRAMMY® Award Orchestra of the Americas, the Schleswig-Holstein Musik Festival Orchestra, and performed at
prestigious venues such as Carnegie Hall, Lincoln Center, Konzerthaus Berlin, and National Grand Theater of China with renowned musicians such as Alan Gilbert, Christoph Eschenbach, David Geringas, Joshua Bell, James Gaffigan, Midori Goto, Ivan Fischer, Semyon Bychkov, and Valery Gergiev. Christoph Eschenbach praised her as “a rare talent of roaring flame and infectious passion.”


Ms. Sun earned her Master of Music in Violin Performance from The Juilliard School, where she studied with Ida Kavafian on full scholarship. Her Bachelor’s degrees in both psychology and violin performance are from Bard College with full scholarship. As an active chamber musician, Ms. Sun has invited to collaborate with Emerson String Quartet, Peter Willey, Steven Tenenbom, Paul Watkins, Jennifer Frautschi, Joan Tower, Steven Mackey, and other renowned musicians. Ms. Sun is a member of DEKA String Quartet. With the quartet, she has been closely mentored by the Emerson String Quartet and David Finckel for the past half decade. From 2019 to 2020, her quartet has served as
Artists-in-Residence through the SUNY Rockefeller Institute of Government.

Ms. Sun graduated from Stony Brook University with a Doctorate of Music Arts. At Stony Brook, she studied with Hagai Shaham, Philip Setzer, Jennifer Frautschi, and Arnaud Sussmann. In January 2017, her DVD album “Passion” for 8 premiers of Chinese solo violin works was released and published by Shanghai Audio and Video Publishing House. Shortly after, the album was published by Shanghai Music House with the sheet
music, and the CD version of the same album was distributed globally in the United States by Skillman Music in January 2018. Ms. Sun has been playing with the Colorado Symphony Orchestra since 2019, and she will join UAF College of Liberal Arts as Assistant Professor of Music-Upper Strings this coming August. In her spare time, she likes to cook and make interesting bubble teas. 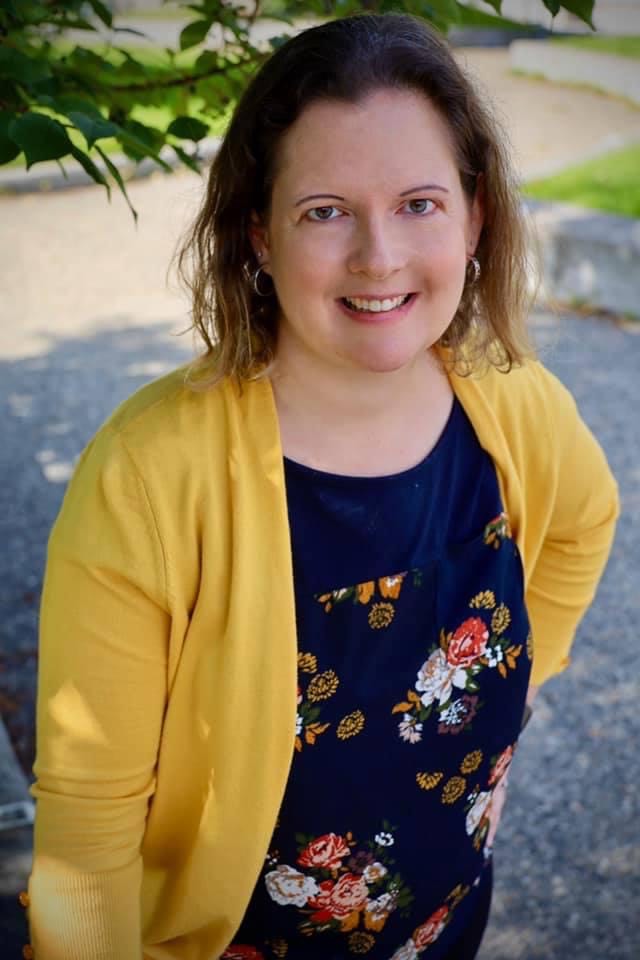 Dr. McConnell’s current areas of research include film music analysis, continuing research on developing variation in Max Reger, music theory and ear training pedagogy, and analysis of choral works from the performer’s perspective.  Dr. McConnell has presented her research on Max Reger at a few graduate student conferences including the 2016 GTA Symposium of Music Theory at Indiana University.  She also had a paper, “Motivic reinterpretation in the instrumental music of Brahms,” published in Harmonia, the graduate student journal at the University of North Texas.  She sang with the Houston Symphony Chorus for four seasons.  She has also taught private oboe lessons and played oboe with various ensembles since the age of 17. 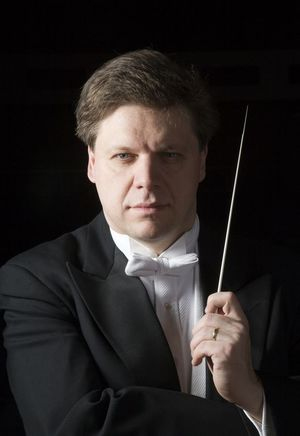 Russian born Eduard Zilberkant is recognized as one of today’s most gifted artists and has an active career as conductor and pianist. A Yamaha performing artist, Eduard Zilberkant has been received enthusiastically by audiences and press alike throughout Europe, Canada, Asia and the United States, performing in such halls as The Academy of Music and Curtis Hall in Philadelphia; Merkin Hall in New York City; Artur Rubinstein Hall and Warsaw Philharmonic Hall in Poland; Teatro di San Carlo Opera House in Naples, Italy; Teatro Sangiorgi in Catania, Sicily; Volgograd Opera House in Russia; and Alaska Center for the Performing Arts in Anchorage.

The Badische Zeitung wrote of his performance of the Dvorak’s “New World Symphony”, “[Maestro Zilberkant] made an impression for feeling the nuances of tempo, pauses, and accents… he brought out new colors and romantic feeling with full balance of the sound from the orchestra.”  After his performance of the Mozart’s Symphony No. 41 in Anchorage, Alaska. The Anchorage Daily News wrote: “[Maestro Zilberkant] brought admirable intelligence to his reading of the piece…and sculpting the individual lines into a monumental and heroic structure; his weaving of the finale’s awesome counterpoint show him to be a musician of significance whom we hope to hear again.”  American Record Guide stated, “Zilberkant’s artistic approach emphasizes a strongly colored rhetoric, supported by passionate and sensitive temperament…Zilberkant’s pianistic and musical qualities are found not only in his speed, but also in his ability to distill the slow tempos by drawing them out to the extreme.”  Radio France, Polish Radio and Television and PBS Radio and Television in the United States have also broadcast his performances.  Music critics have asserted that he “possesses a remarkable keyboard mastery; plays in the style of the old romantic masters; he knows how to extract quite a palette of colors from the piano; his playing is subtle and passionate at the same time; he has the equipment that makes for pianist greatness.”

Eduard Zilberkant has been hailed as an inspirational teacher around the world. He has given masterclasses at the International Keyboard Institute and Festival in New York City, the Rubinstein Academy in Dusseldorf, Germany; the Puccini Conservatory in Italy; the Gumi International Music Festival in South Korea, and the Ionian Conservatory in Greece. His students have won national and international piano competitions and appear as soloists worldwide.

A Fulbright Scholar in Germany, Eduard Zilberkant received a Solisten Diploma from the Freiburg Musik Hochschule. He received the Doctor of Musical Arts degree from Temple University in Philadelphia.  His teachers have included Jerome Rose, Vitaly Margulis, Theodore Lettvin, Robert Spano and Robert Shaw. Presently, he is Artist in Residence and Professor of Piano at the University of Alaska Fairbanks. For the past fifteen years he has been Music Director and Conductor of the Fairbanks Symphony Orchestra and the Arctic Chamber Orchestra. 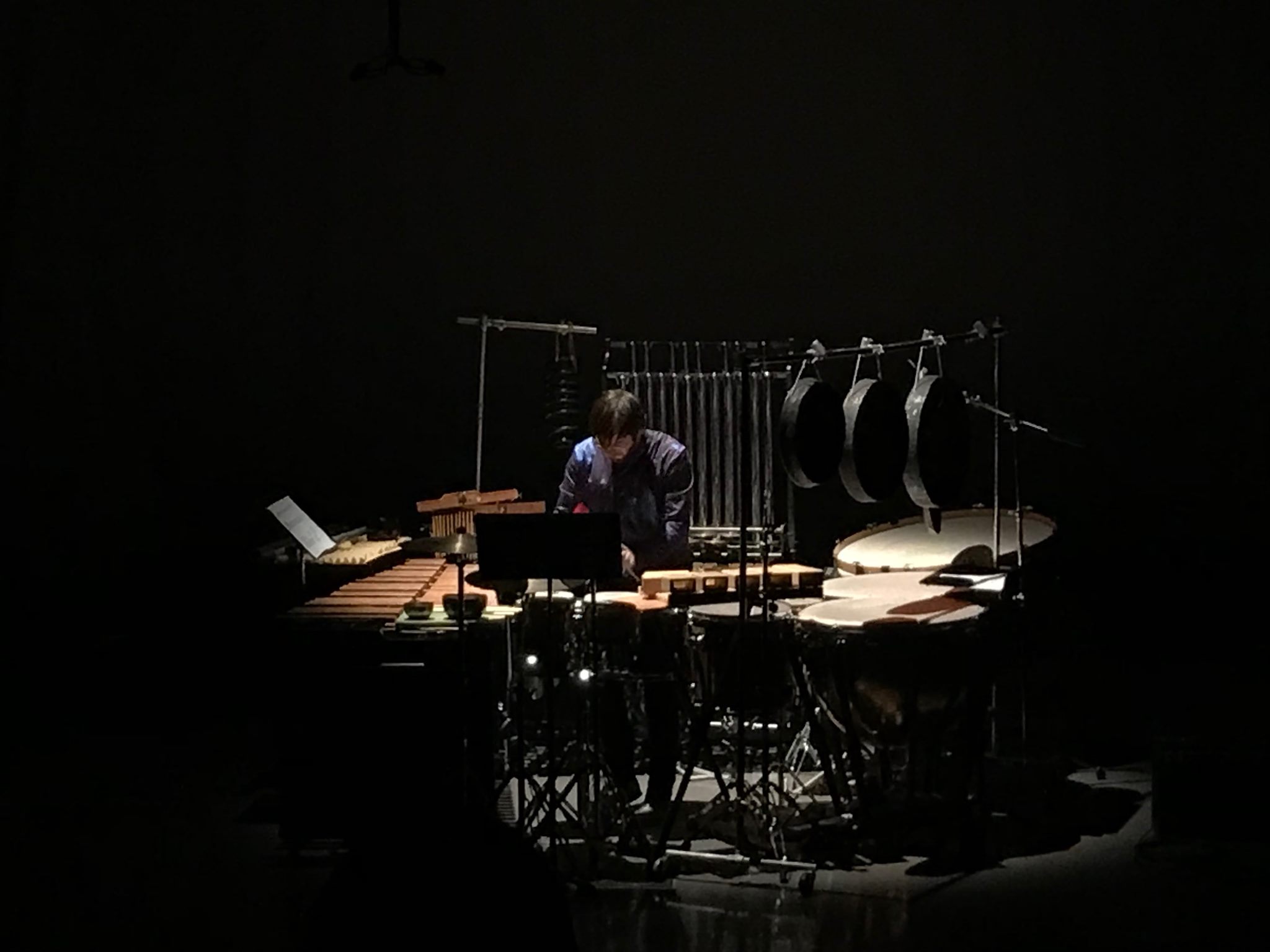 As a soloist, Dowgray has focused extensively on works that stretch the technical and expressive capabilities of both instrument and performer. This includes the work of Jason Eckardt, Josh Levine, Daniel Tacke, Salvatore Sciarrino, Lewis Nielson, David Lang, Christopher Adler, Brian Ferneyhough, Luciano Berio, Richard Barrett, and most recently Ylva Lund Bergner. Dowgray has been featured as a soloist at the Oberlin Percussion Institute, the Percussive Art Society International Convention (PASIC), the WasteLAnd New Music Series, Harvard’s Institute for Advanced Learning, the University of Arizona, the SoundON New Music Festival, and Eureka! Musical Minds of California.

Dowgray is a proponent of creative collaborations which have resulted in recent musical works by Daniel Tacke (Vorrücken and einsamkeit), Josh Levine (Shrinking world/expanding and Les yeux ouverts) as well as new chamber works by Justin Murphy-Mancini (Sic itur ad astra) and Lydia Winsor Brinadmour (As if, sand). In the recent past, Dowgray has collaborated closely with composers including Jürg Frey (Garden of Transparency), Christopher Adler (Strata), Ioannis Mitsialis (Machine Mode), Lewis Nielson (Where Ashes Make the Flowers Grow and NOVA), and James Wood (Cloud Polyphonies).