Department of Foreign Languages and Literatures 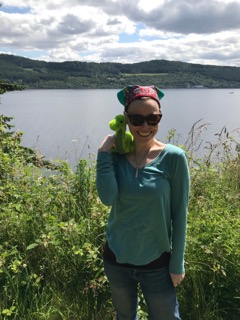 Eileen M. Harney received her B.A. in English with a minor in Ancient Civilizations from Boston College and her M.A. and Ph.D. in Medieval Studies from the University of Toronto. She also completed the collaborative Ph.D. program in Women and Gender Studies at the University of Toronto. Her research centers on the sacrificial woman in Western literature. A subsection of this interest was explored in her dissertation, which focused on the narratological developments and alterations of virgin martyrs' sex-specific or sex-emphasized tortures throughout the medieval period. Her current research areas include depictions of women's spirituality in the Middle Ages, gender motifs in the early and medieval Christian traditions, contemporary depictions of the tormented female body and heroic female character, and gender constructs in graphic novels and science fiction/fantasy television series and films. Other scholarly interests include Arthurian literature, the works of C. S. Lewis, and Old and Middle English heroic narratives.