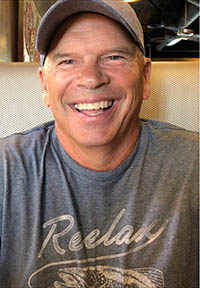 Professor Daku serves as the Chair of the Justice Department, while teaching at both the undergraduate and graduate levels. He also coordinates Internship experiences for Justice students. As a long- time member of the faculty and an alumnus of the department, his teaching and work experience have involved the areas of Juvenile Delinquency, Community Corrections and the treatment of those with substance abuse issues.  He maintains certification with the State of Alaska as a Chemical Dependency Counselor and remains committed to the counseling field. He has lived in the Fairbanks area since 1978 and enjoys running, fishing, and trying not to hurt anyone on the local golf course.
mjdaku@alaska.edu 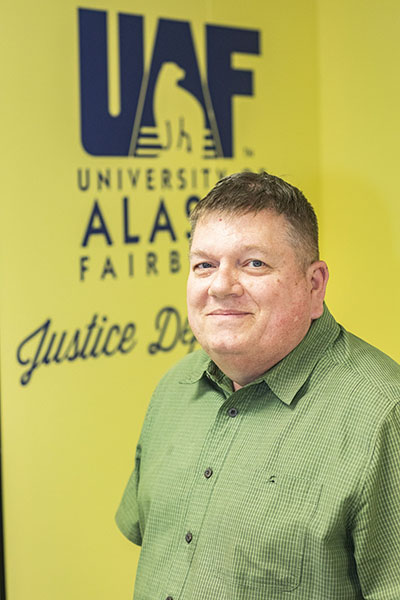 Dr. Duke is Coordinator of the Graduate Program. He has a B.A. in criminal justice from Chapman University; and, a Masters and Doctorate in Public Administration from the University of Southern California (USC); he is also a certified urban planner. He specializes in Justice theory and practice, urban and infrastructure planning, public administration, and developing the philosophy and practice of institutions in public organizations. Dr. Duke retired in 2011 after 26 years of public service in California where he served as a police officer in the Los Angeles area. While in LA, he worked various specialty units including K-9, Gangs, Community Policing, and Field Training. He left Southern California at Detective rank and became a Chief of Police in Northern and Central California for 16 years. Along the way, he was a City Manager and managed a regional waste water authority. He and his wife have looked forward to raising three daughters and a German Shepherd in Alaska for some time. They are now living that dream. 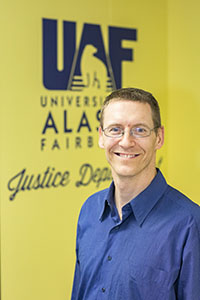 Professor May received his Law Degree from the University of Montana.  He also holds a Bachelor's Degree in Justice and a Master's Degree in Justice Administration from this University.  Originally from Montana, Jeff moved to Alaska in 2000.  Jeff has worked as a law clerk in the Fairbanks Superior Court, engaged in some private law practice, and currently serves as a part-time magistrate judge for the Alaska Court System.  Jeff teaches classes in the undergraduate and graduate programs and focuses on courses in ethics, criminal law and procedure, rural justice issues, and civil liability in justice administration.  Jeff and his family love sports and the many outdoor activities Alaska provides. 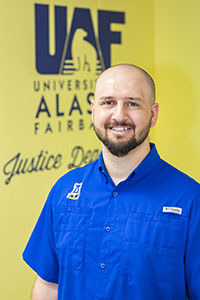 I was born and raised in Texas and served on active duty in the US Army for 6 years. I exited the military in 2013. I served primarily in 3 locations: 1) Brooke Army Medical Center at Fort Sam Houston in San Antonio, TX from 2007-2010, 2) 4th Infantry Division Headquarters at Fort Carson in Colorado Springs, Colorado from 2010-2013, and 3) during my time at Fort Carson, I deployed with 4th Infantry Division to COB Speicher, Iraq from 2010-2011.

I began my college career while in the military and actually completed my last class in Iraq earning my AA in General Studies from Liberty University Online in 2011. Shortly after transitioning out of the service, I graduated with a BA in Criminal Justice with a Forensic Studies emphasis from the University of Colorado, Colorado Springs in 2014. From there, I completed an MA in Administration of Justice from the University of Alaska Fairbanks in 2016. I am extremely passionate about academics in general, the justice field particularly, and have a deep desire to help you become academically successful and reach your goals. My academic focus is on Justice Theories and Community Restorative Justice practices and teach various undergraduate and graduate courses.

During my free time, I am an explorer! I love many outdoor activities including trail running, snowboarding, riding Harley-Davidson motorcycles, hunting, fishing, hiking, and almost anything that engages or challenges physical and mental strength. I am all about making the moments in life count, and embracing the freedoms that we enjoy in this country. A special thanks to the men and women who bravely serve in our military and for the veterans that went before them. 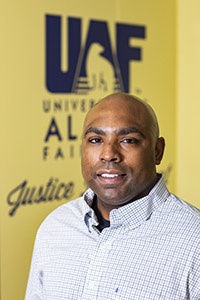 Adjunct Professor Melvin Colley has a B.A. degree in Justice and M.A. degree in Administration of Justice which he earned from this university. He grew up in California but has lived in Alaska since 2003. He actively works as an Alaska State Troopers (AST) where he is assigned to the Fairbanks post as a patrol sergeant. He has worked for the trooper since 2010. While working for AST he has worked in several geographical locations as a trooper to include Fairbanks, Delta Junction, Aniak, as well as other short-time assigned locations. He has worked the specialty assignment of the Special Emergency Reaction Team (S.E.R.T.). He is also an instructor on several topics for AST and served 7 years of active duty in the military. Melvin enjoys his time with his family and building and fixing things with his hands. Melvin has a passion for learning and teaching.

Adjunct instructor Tara Lampert holds an M.F.A. in Creating Writing from the University of Alaska, Anchorage and a Graduate 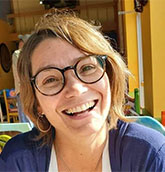 Certificate in Women’s Studies from Western Kentucky University. She also holds a Bachelor’s Degree in American Studies, with an emphasis in popular culture, as well as a minor in both Women’s Studies and Human Relations & Multicultural Education from St. Cloud State University.

When Tara isn’t teaching, she actively enjoys exploring Alaska; whether mountain biking, ice climbing, or skiing, you’ll find her outside!