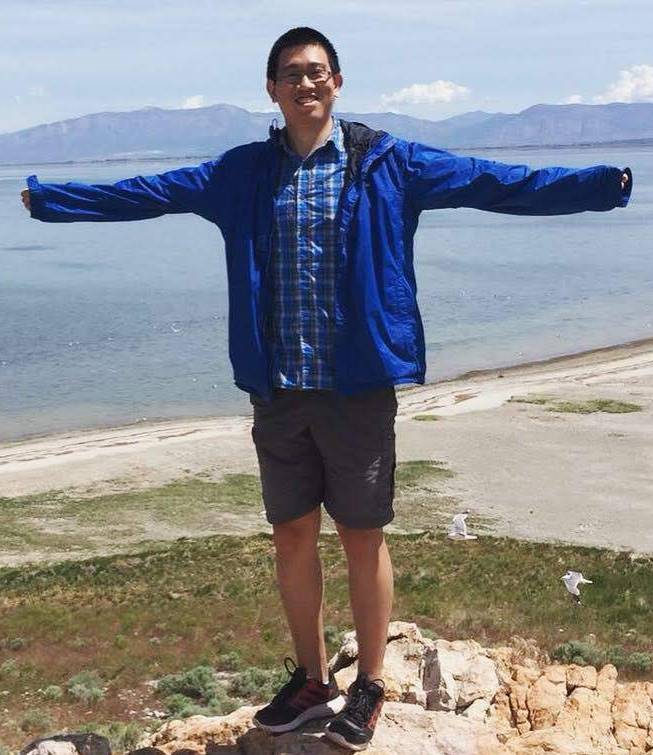 About:
I got my Bachelor’s degree in Geological Engineering from China University Petroleum (Beijing) in 2012, Master’s degree in Geology from the University of Houston in 2014, and Ph.D.’s degree also in Geology from Indiana University Bloomington in 2019. I joined the Department of Geological Sciences at the University of Alaska Anchorage as a postdoctoral fellow in September 2019, working with Dr. Jennifer Aschoff. My main research interests are in deciphering the complex interactions of various geologic processes (e.g., tectonics, eustasy, and climate) that have collectively shaped Earth’s surface from the sedimentary rock record. For both my graduate and post-graduate projects, I have mainly focused on the Late Cretaceous Western Interior foreland basin in the western US.

Abstract:
Although all foreland basins ultimately owe their existence to thrust-belt related flexural subsidence, mantle-driven dynamic subsidence provides an additional subsidence mechanism in retroarc foreland basins and has been increasingly invoked to explain the broadening and migration of depocenters in the Late Cretaceous Cordilleran foreland basin (CFB). However, the relative contributions of flexural versus dynamic subsidence to the development of CFB during Late Cretaceous remain poorly constrained except in a few isolated areas. To unravel the spatio-temporal relationship between sediment accumulation and subsidence mechanisms of the CFB, a high-resolution chronostratigraphic framework was developed for the Late Cretaceous strata based on a much denser dataset comprising > 600 well logs from multiple basins/regions in Wyoming, Utah, Colorado, and New Mexico (e.g., Bighorn, Powder River, Wind River, Green River, Uinta, Piceance, Denver, San Juan, and Raton basins, and Kaiparowits Plateau). The newly developed stratigraphic framework divides the Late Cretaceous strata into four chronostratigraphic packages based on well-constrained ammonite biozones. Stratigraphic sections from > 200 well logs were backstripped, removing subsidence effects due to sediment loading and compaction, to quantify the magnitude of tectonic subsidence. Regional isopach patterns, shoreline trends, and tectonic subsidence maps constructed for successive time intervals suggest that dynamic topography may have started to influence the development of CFB as early as 85 Ma in addition to flexural subsidence that was the dominant mechanism during ~ 100 to 80 Ma. Dynamic subsidence became the dominant subsidence mechanism in the CFB at ~ 80 Ma. Subsidence within the CFB during 75 to 66 Ma was controlled by the combined effects of dynamic subsidence and flexural subsidence induced by local Laramide uplifts. Results from this study provide high-resolution constraints on the spatio-temporal footprint and migration of large-scale (> 400 km × 400 km) dynamic topography at a rate ranging from ~ 120 to 60 km/Ma in the CFB through the Late Cretaceous. The wavelength and location of dynamic topography (subsidence and uplift) generated in response to the subduction of an oceanic plateau—the conjugate Shatsky Rise—varied significantly through both space and time, largely depending on the evolution of the oceanic plateau (e.g., changes in its location, subduction angle and depth, and buoyancy).