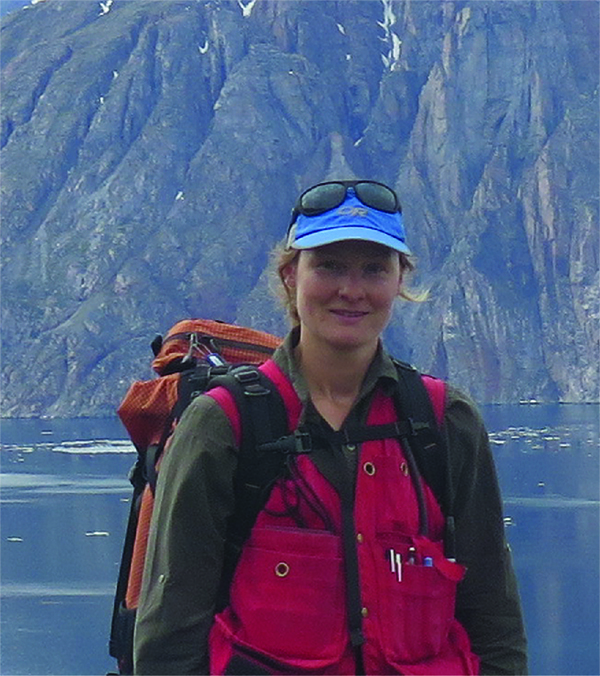 About
Diane Skipton completed her MSc at Memorial University of Newfoundland (2011) on the igneous and tectonic evolution of the Avalon Zone (Appalachian orogen). She completed her PhD at the University of Ottawa (2016) studying the structural and metamorphic evolution of the Paleoproterozoic Trans-Hudson orogen on southeast Baffin Island, eastern Canadian Arctic. Diane returned to Baffin Island for her post-doctoral fellowship with the Geological Survey of Canada, to lead a bedrock mapping project and investigate the tectonic evolution of Archean granite-greenstone belts on northern Baffin Island. Currently, Diane is a Project Geologist with the Yukon Geological Survey, leading a bedrock mapping project and research studies in the Selwyn fold belt and Dawson thrust zone in central Yukon.

Abstract
The Archean Rae craton forms much of the Canadian Shield, including northern Baffin Island in the Canadian Arctic, where it records a protracted Archean–Paleoproterozoic tectonic history. Based on new bedrock mapping and research, this part of the Rae craton represents the missing link between orogenic events in the western Canadian Shield and West Greenland. Metamorphic zircon and monazite dated at ca. 2.6–2.5 Ga are contemporaneous with widespread tectono-metamorphism in the Rae craton to the west, attributed to the Arrowsmith orogen. Tectonothermal activity at ca. 1.9 Ga is recorded in metamorphic zircon rims and monazite, potentially correlative with the Ellesmere-Inglefield orogen, which extends along the northern Rae cratonic margin from the Canadian Arctic to West Greenland. Younger, ca. 1.85-1.82 Ga tectono-metamorphism is attributed to accretionary events along the southern Rae cratonic margin during the Himalayan-scale Trans-Hudson orogen. As a region that preserves overlapping zones of tectonic reworking during several orogens, the northeastern Rae craton is a key link in understanding the tectonic assembly of ancient North America (Laurentia).