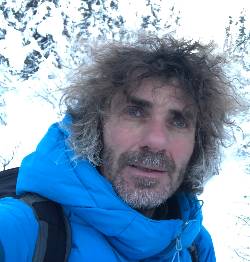 Abstract:
Our Moon periodically moves through the magnetic tail of the Earth that contains terrestrial ions of hydrogen and oxygen. Reconnection inside this magnetosphere’s tail not only reverts the ions flow back to the Earth and but allows for the Moon's related reconnection along with oxygen and hydrogen transfer into the lunar surface regolith when the Moon is inside the Earth’s terrestrial magnetosphere. Plasma-magnetotail reconnections has allowed the accumulation of up to ~3500 km3 of terrestrial water-ice, filling the pore spaced regolith. Geomagnetic fields fluctuation of tens to hundreds of Hz may interfere with the magnetism of accumulated iron in the human brain. Magnetic sensing of the human brain samples provides compelling evidence of new electric mechanisms in human brains that may interfere with the evolution of neurodegenerative diseases. We revealed that the human brain may have a unique susceptibility to conduct electric currents as feedback of magnetic dipole fluctuation in superparamagnetic grains. These grains accumulate and grow with brain aging. The electric feedback creates an electronic noise background that depends on geomagnetic field intensity and may compromise functional stability of the human brain, while induced currents are spontaneously generated near superparamagnetic grains. Grain growth due to an increase of iron mobility resulted in magnetic remanence enhancement during the final years of the studied brains' samples.