Skip to main content
Office of the Chancellor
Budget

The best thing you can do to advocate for the university is share why UAF is important to your friends, family members, and professional and personal networks. Did your UAF education help you start your own business or land your dream job? Do you and your family regularly take advantage of the science and cultural activities at UAF? Do you hire UAF graduates at your business? Your stories are the most compelling.

Serving as an elected official is a huge commitment and is often a thankless job. Regardless of your political leanings, make sure to thank them for stepping up to serve Alaska and our communities.

Use the tools and information below to help you with your advocacy efforts. Check back often; we will update this kit periodically. If you want to  keep up with what’s happening in Juneau, you can visit UA Government Relations and scroll down to subscribe to the Capitol Report.

Advoacy Tools and Points of Pride
Points of pride 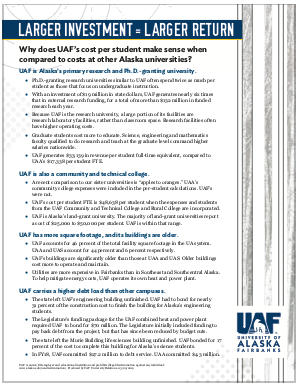 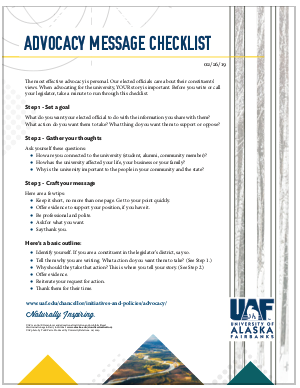 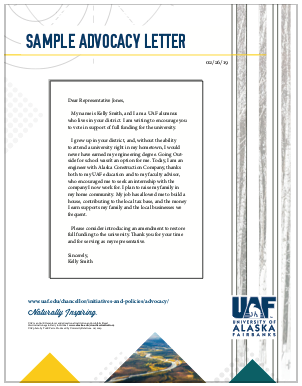 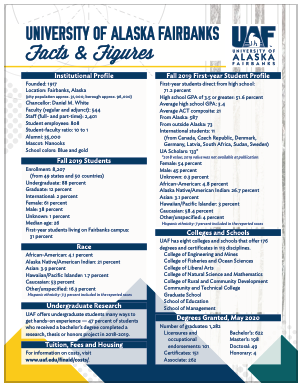 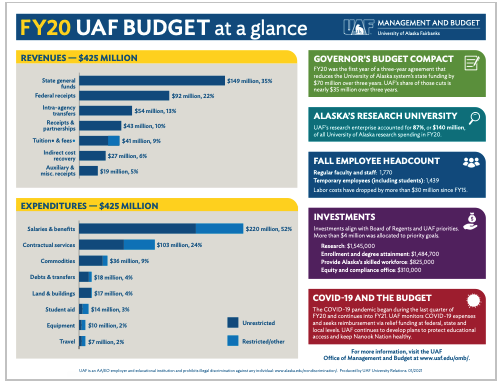 UAF budget at a glace (PDF) 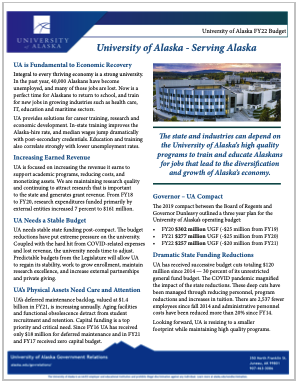 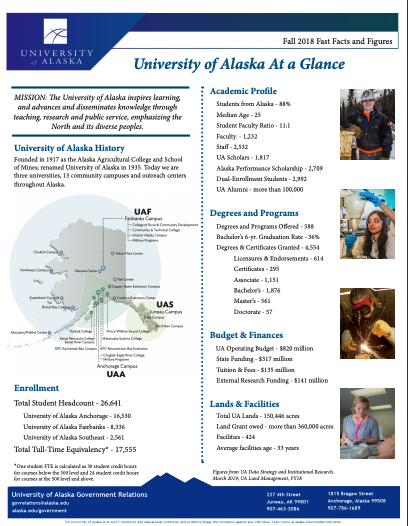 UA at a glance (PDF) 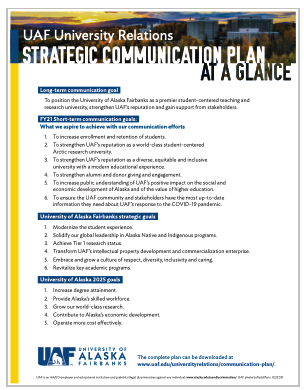