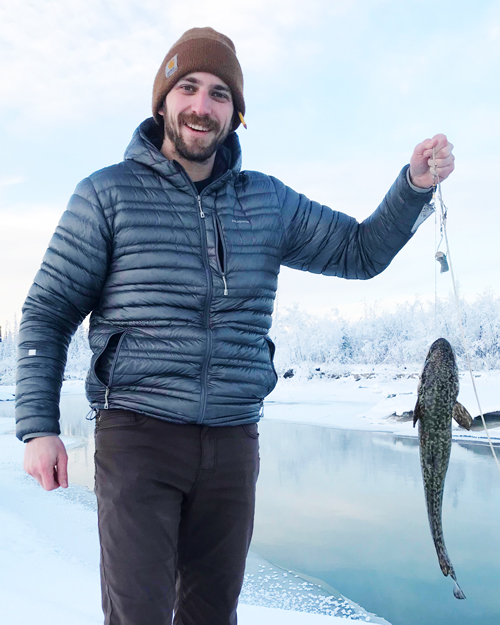 Born and raised in Washington state, Eric received a B.S. in Biology and a B.A. in History from Western Washington University in 2012. Following graduation, Eric worked for multiple state agencies across the Pacific Northwest and in 2016 began his current position as a biologist with the Washington Department of Fish and Wildlife. Eric’s enthusiasm for understanding the natural world brought him to Fairbanks in 2018, where he joined the SEEC lab to pursue a master’s degree. In his free time, Eric enjoys fly fishing, skiing, and exploring the Alaskan outdoors.

Understanding the factors that influence the distribution of species through time and across space is a fundamental goal of ecology and crucial information needed to effectively manage and recover populations. The fragmentation of habitat restricts the ability of local populations to exploit heterogeneous patches of habitat that shift in suitability over time and space, and is an ongoing threat to the persistence of freshwater fishes. A large-scale restoration effort of salmonid habitats in the large, heavily modified Chehalis River basin in southwest Washington is currently being developed, yet science-based guidance to maximize restoration effectiveness and efficiency is currently lacking. Eric’s thesis research focuses on understanding the response of coho salmon (Oncorhynchus kisutch), chum salmon (O. keta), and steelhead trout (O. mykiss) to the connection of fragmented habitat. To do so, Eric fit generalized linear mixed effects models parameterized with landscape attributes derived from remote sensing data along with fish occurrence data collected from extensive field surveys covering 669 km of streams across the Chehalis River basin. These models will be used to predict the population neighborhoods for each species across the basin. This information will guide conservation and management actions toward the locations where reconnecting habitat will have the greatest impact and to identify the amount of impact associated with actions at a specific location.

Links to Other Places