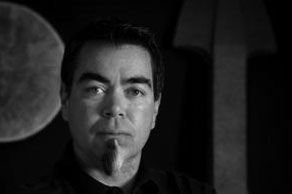 Da-ka-xeen received his A.A. from the Institute of American Indian Arts, and his B.F.A. from the University of New Mexico. From 1994-2000 Mehner served as the founder and director of Site 21/21, a contemporary art gallery in Albuquerque, NM, and was a founding member/owner of the (Fort) 105 Art Studios in downtown Albuquerque in 1998. Da-ka-xeen returned to Alaska in 2000 and earned his M.F.A in Native Arts from the University of Alaska Fairbanks in 2007.

Da-ka-xeen work in photography and sculpture has been exhibited from New York to California; Alaska to New Mexico. Collections include the Anchorage Museum of History and Art, the University of Alaska Museum of the North (Fairbanks, AK), and the Museum of Contemporary Native Arts (Santa Fe, NM), C.N. Gorman Museum (Davis CA) and the Alaska State Museum (Juneau, AK). His work has been featured in the art magazines Sculpture and American Indian Art, and in numerous newspapers, art catalogs, and blogs. He is an Assistant Professor of Native Arts at the University of Alaska Fairbanks, and the director of the UAF Native Arts Center. 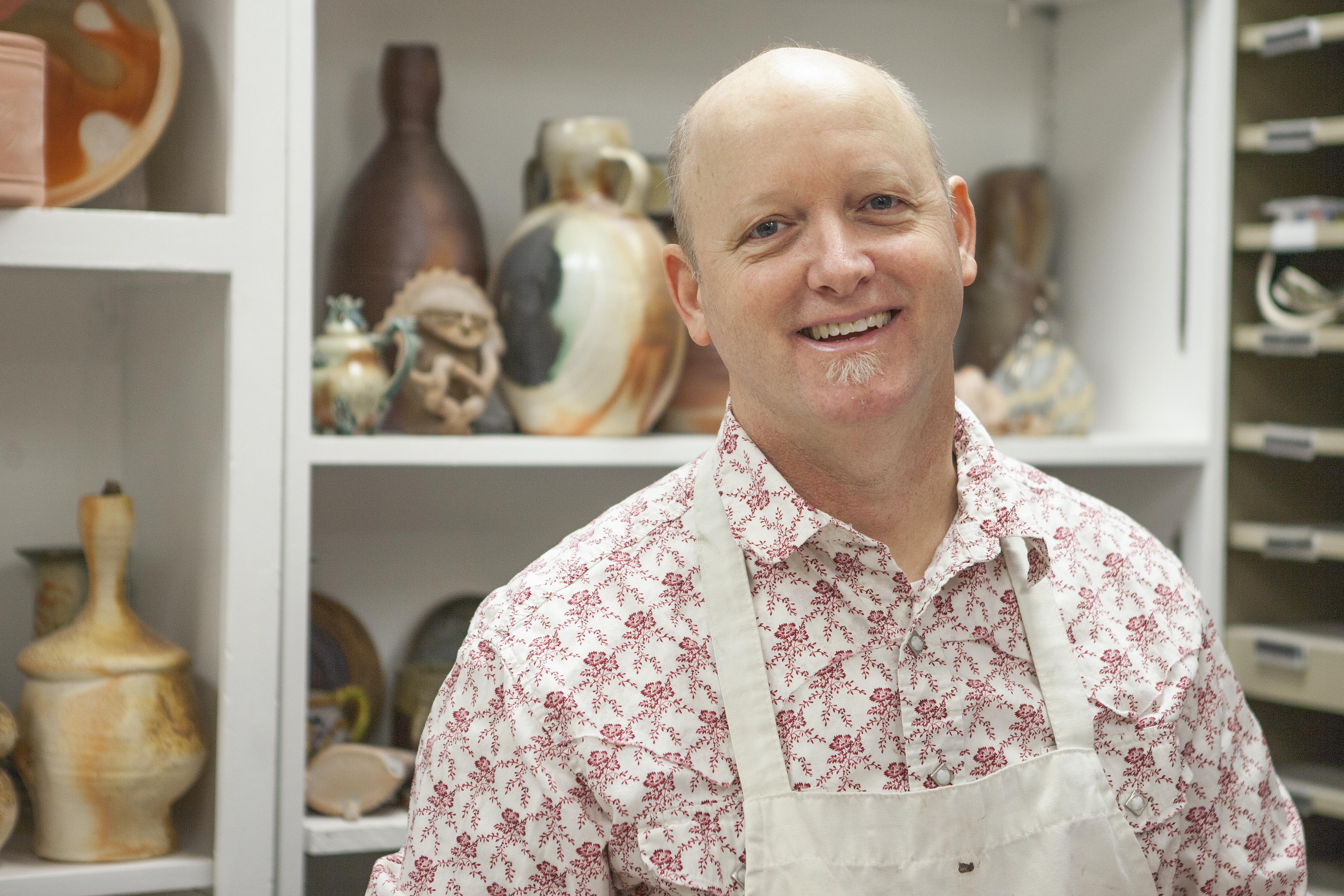 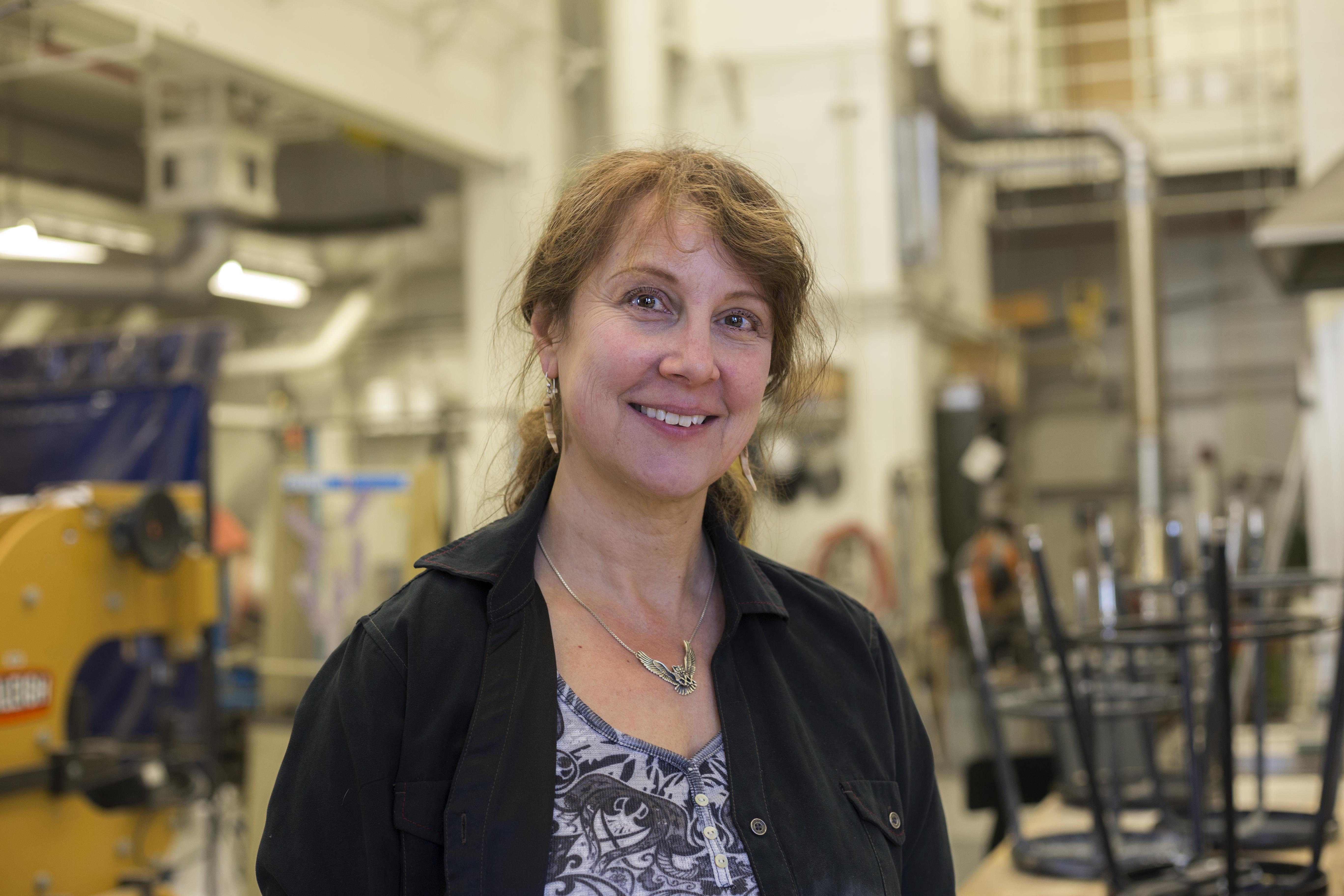 Wendy Ernst Croskrey is a professor at UAF. She received her MFA from The Ohio State University in Columbus, Ohio in 1990. She has served as an Assistant Professor at Arizona State University. Professor Croskrey has been a visiting artist and presented workshops in Alaska, Arizona, Canada, Colorado, Minnesota and Texas. She has commissions in various regions of the country including Alaska and the Midwest. Solo and two person exhibitions include The University of Tasmania, Australia, Anchorage Museum at Rasmuson Center, The International Gallery in Anchorage, Alaska, Nemo Art Gallery Anchorage, Alaska, Jeffery Tabor Gallery in Columbus, Ohio. Other invitational/juried gallery exhibitions include The Babuino Arte in Rome, Italy, The Poimena Gallery in Tasmania, Australia, University of Alaska Museum in Fairbanks, Alaska, the ASU Art Museum in Tempe, Arizona, the University of Hawaii Art Gallery, Beijing, China, and Chuck Leviton Gallery in New York. 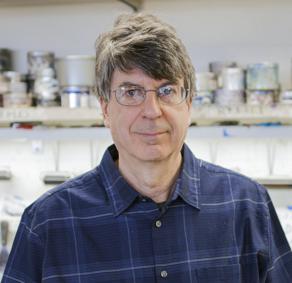 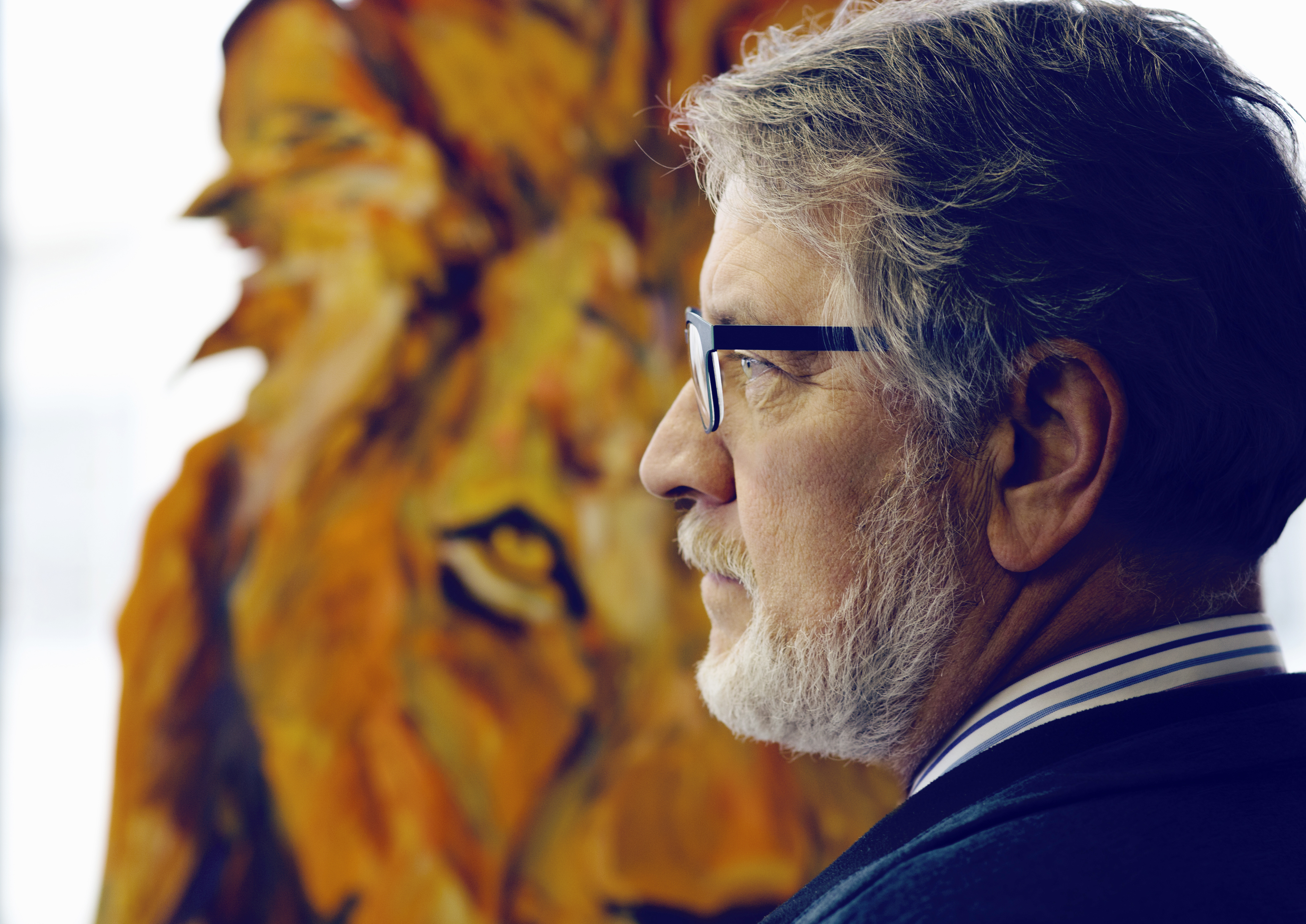 Dean of the College of Liberal Arts

Todd Sherman was born in the Territory of Alaska. He has lived in Fairbanks since 1974, excepting the years spent in New York City when he was in graduate student at Brooklyn’s Pratt Institute. He has a B.A. in Art from the University of Alaska Fairbanks and a M.F.A. in Printmaking from Pratt. For more 24 years he has been an exhibiting professional artist, with works in drawing, painting, sculpture and printmaking. For the past twelve years he has worked as a curator and coordinator of public local, statewide and regional art exhibits, involving hundreds of artists in all media, from photography to ceramics. A few of these exhibits are Working Inspirations at the University of Alaska Museum, Relics, Artifacts & other Mysteries at the Fairbanks Civic Center Gallery and the Anchorage Museum of History & Art, and Fairbanks Prints at the Well Street Art Company.

A Professor of Art with the University of Alaska Fairbanks, Todd Sherman teaches printmaking and creates his artwork in Interior Alaska. He has had over 22 solo shows, over 120 juried and invitational exhibits, his work was selected for inclusion in the Smithsonian Institution’s 1978 Contemporary Art from Alaska exhibition that toured the U.S., and for in the 25th Anniversary Exhibit at the Anchorage Museum of Art and History in 1993. Mr. Sherman was one of 22 international artists participating in the Copper River Delta Project through the Netherlands-based Artist for Nature Foundation. This project includes a major exhibition of the works created during the artists stay in Cordova, Alaska in July 1995 and May 1997. This exhibition began touring important venues in the United States and later it traveled in Europe. 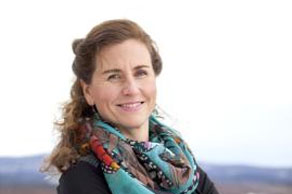 Mareca has been with the museum since 2008. She was born and raised in Fairbanks with many years abroad in South Africa, Australia, New Zealand, France, Germany and Spain. She studied studio art and art history in Hills Road Sixth Form College in Cambridge and graduated with a degree in Studio Art from Carleton College in 2003 and an MFA from California Institute for the Arts (CalArts) in Los Angeles, CA in 2007. 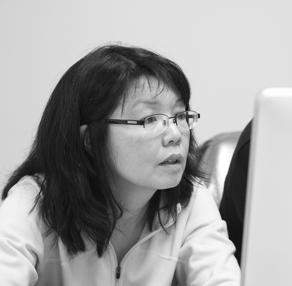 Miho Aoki studied digital art and animation at the Advanced Computing Center for Arts and Design and received a Master of Fine Arts degree from Ohio State University. Her works have been exhibited at the Tokyo Metropolitan Museum of Photography, University of Alaska Museum of the North and other art galleries. She also produces computer-generated animations for art performances and educational videos. 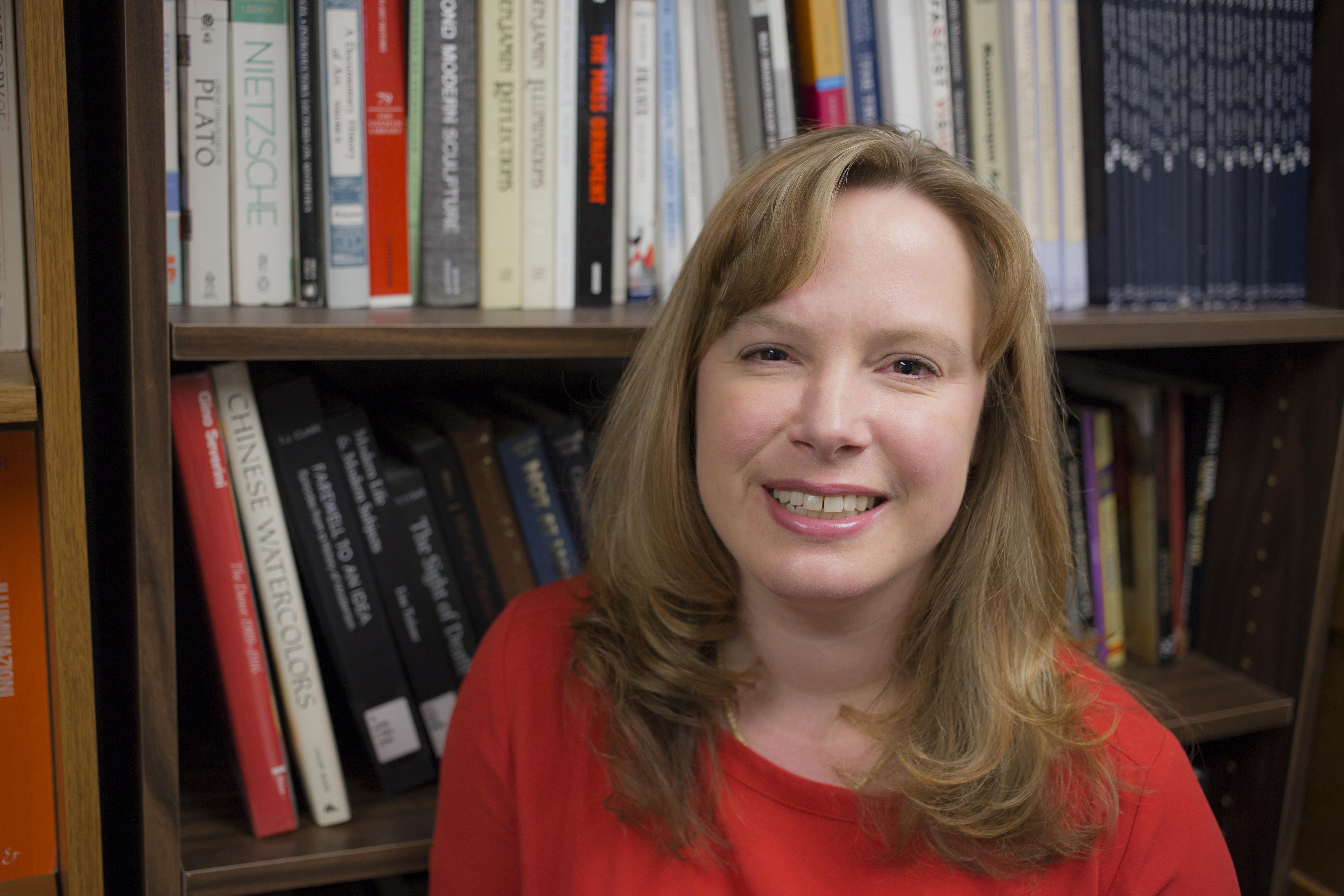 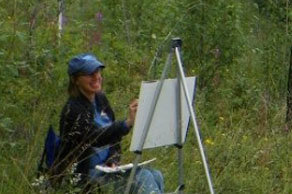