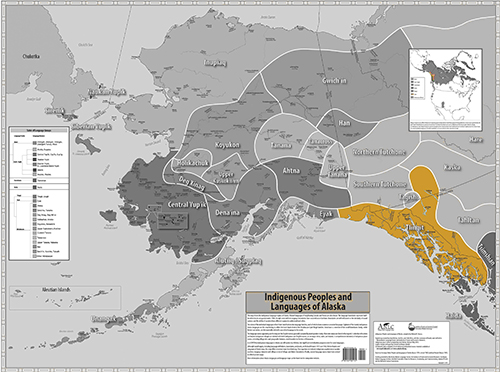 Tlingit (Łingít) is the language of coastal Southeastern Alaska from Yakutat south to Ketchikan. The total Tlingit population in Alaska is about 10,000 in 16 communities with about 500 speakers of the language. Tlingit is one branch of the Athabascan-Eyak-Tlingit language family. A practical writing system was developed in the 1960s, and linguists such as Constance Naish, Gillian Story, Richard and Nora Dauenhauer, and Jeff Leer have documented the language through a number of publications, including a verb dictionary, a noun dictionary, and a collection of ancient legends and traditional stories by Tlingit elder Elizabeth Nyman.Common Expressions.