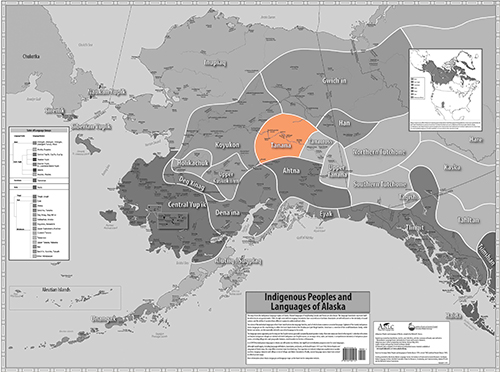 Tanana Athabascan is now spoken only at Nenana and Minto on the Tanana River below Fairbanks. The Athabascan population of those two villages is about 380, of whom about 30, the youngest approaching age 60, speak the language.

Michael Krauss did the first major linguistic fieldwork on this language beginning in 1961, and this was continued by James Kari. Recent publications in the language include the 1992 edition of stories told by Teddy Charlie as recorded by Krauss in 1961, and a preliminary dictionary compiled by Kari in 1994. In 2009, a Lower Tanana pocket dictionary was published by Siri Tuttle.