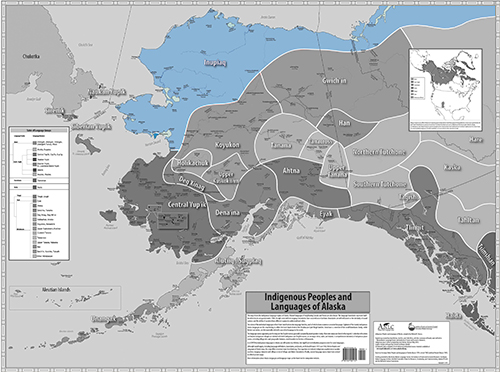 Inupiaq is spoken throughout much of northern Alaska and is closely related to the Canadian Inuit dialects and the Greenlandic dialects, which may collectively be called "Inuit" or Eastern Eskimo, distinct from Yupik or Western Eskimo.

The name "Inupiaq," meaning "real or genuine person" (inuk 'person' plus -piaq 'real, genuine'), is often spelled "Iñupiaq," particularly in the northern dialects. It can refer to a person of this group ("He is an Inupiaq") and can also be used as an adjective ("She is an Inupiaq woman"). The plural form of the noun is "Inupiat," referring to the people collectively ("the Inupiat of the North Slope").

Some of these names were provided by Leona Okakok and are typical dog names used by Inupiat people of the North Slope. Some other names were taken from the Inupiat Dictionary, compiled by Webster & Zibell.