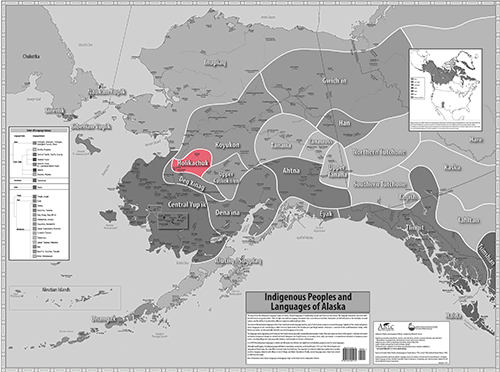 Holikachuk is the Athabascan language of the Innoko River, formerly spoken at the village of Holikachuk, which has moved to Grayling on the lower Yukon River.

Holikachuk, which is intermediate between Deg Hit'an and Koyukon, was identified as a separate language in the 1970s. The total population is about 200, and of those perhaps 12 speak the language.