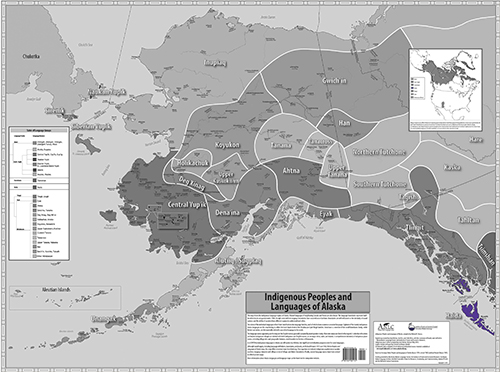 Haida (Xaat K\xedl) is the language of the southern half of Prince of Wales Island in the villages of Hydaburg, Kasaan, and Craig, as well as a portion of the city of Ketchikan. Haida is considered a linguistic isolate with no proven genetic relationship to any language family.
About 600 Haida people live in Alaska, and about 15 of the most elderly of those speak the language. A modern writing system was developed in 1972.